Captain America, the First Avenger continues to offer valuable truths regarding dreams, determination and spiritual warfare. The hero, Steve Rogers, dreams of serving in the U.S. Army during WWII. Trouble is, he’s a sickly ninety-pound weakling who can’t pass the enlistment physical — until his mentor Dr. Erskine injects Steve with a super-soldier serum. Now Steve is realizing his once impossible dream — but his journey is bittersweet: a Nazi saboteur gains access to the secret facility where Steve’s transformation is taking place, and shoots and kills Dr. Erskine! 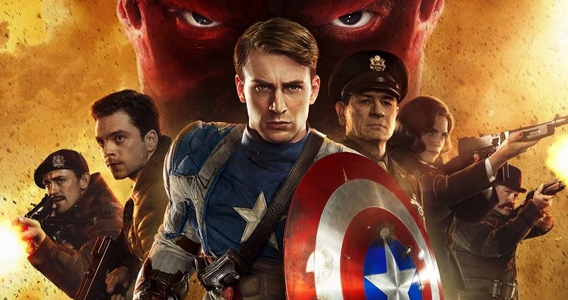 Lessons learned thus far: 1) Life is often bittersweet. We must choose to focus on the good, not the bad, and stay in peace regardless of the circumstances. (John 7:33; Isaiah 26:3)

4) We have the element of surprise to our advantage: thanks to the Bible (our spiritual boot camp training manual) we know exactly how Satan operates. (2 Corinthians 2:11)

5) If we’re ever going to achieve our goals, realize our dreams, and lead victorious and abundant lives, we must learn to overcome disappointments — because life is filled with them. (John 16:33)

6) the movie illustrates one of Satan’s favorite and most effective battle tactics. He attacks at times of loss and tragedy, particularly the death of a loved one. But loss can encompass the death of a vision or dream; the destruction of a relationship; a painful betrayal; or some other major disappointment. Tragedy strikes in many forms, and Satan will use each and every one, in an attempt to make us give up on God, people, our hopes, and our dreams. We’ll address this more fully in our next article. Meanwhile….

If you’ll recall, Dr. Abraham Erskine was the brilliant scientist who invented a super-soldier serum. He chose Steve Rogers to be the recipient of this serum, because he saw something special in the scrawny “kid from Brooklyn” who wouldn’t give up. Thus, Erskine gave Steve the chance to realize his seemingly impossible dream.

For Steve Rogers, Dr. Erskine was a friend and a facilitator — a “Barnabas” (as in Acts 9:26-31). He was also a father figure (remember, Steve had lost his dad at an early age), and the young man had learned to admire, respect and even love the good doctor.

Dr. Erskine is truly “a good man” … who left his beloved home in Augsburg, Germany; turned his back on a chance at power and prestige; all because he refused to support Hitler and his mad schemes to conquer the world and destroy the Jewish people. Instead, Dr. Erskine fled to America, to use his genius, his gifts and talents to help make the world a better, safer place, free from fascist oppression. 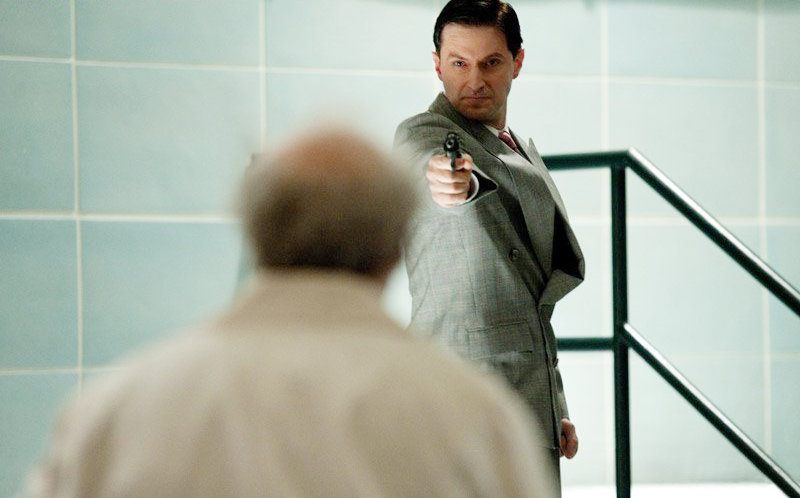 This great man, on the verge of blessing millions of people, is brutally shot down by a Nazi traitor — who himself contributed absolutely nothing positive to humanity and the free world. Steve Rogers was there. He saw it. He witnessed the death of his mentor. He experienced the greatest loss in his life since the death of his parents. It was a tragedy, a disappointment, an injustice. And how could he ever hope to make sense of such a senseless act?

We don’t pretend to have all the answers. Or understand why things turn out the way they do. Life is filled with such tragedy and loss, and often there are no “answers” — at least, not on this side of heaven. The Book of Job explores this mystery of life. We hope you’ll read it soon. For now, however, allow us to share some truths and insights from God’s timeless Book of Answers.

First, when it comes to spiritual warfare and the pursuit of dreams — and life in general — ignorance is not bliss! It’s actually detrimental. In fact, the prophet Hosea writes, “My people are destroyed for lack of knowledge.” (Hosea 4:6 KJB)

Knowledge is power. But not just any knowledge. Information about God, His commandments (call them the Rules of Engagement), His principles (counter maneuvers against the enemy) and His promises (the Field Guide of Faith) — that is true power!

Don’t forget, we are not ignorant of Satan’s schemes. (2 Corinthians 2:11) We know exactly how he operates. So we should never be caught off guard or unprepared.

If you’re anchored in God’s Truths, when tragedy strikes, when loss, disappointments, or injustice come your way, you can be like “the man who built his house on the Rock”! “…When the rain descended and the floods came, and the winds blew and beat the house; it did not fall, for it was founded on the Rock.” (Matthew 7:25 NKJV)

Fellow creators and dreamers, here’s a great Bible promise you can count on: “God, who gives all grace, will make everything right. He will make you strong … support you and keep you from falling.” (1 Peter 5:10 NCV)