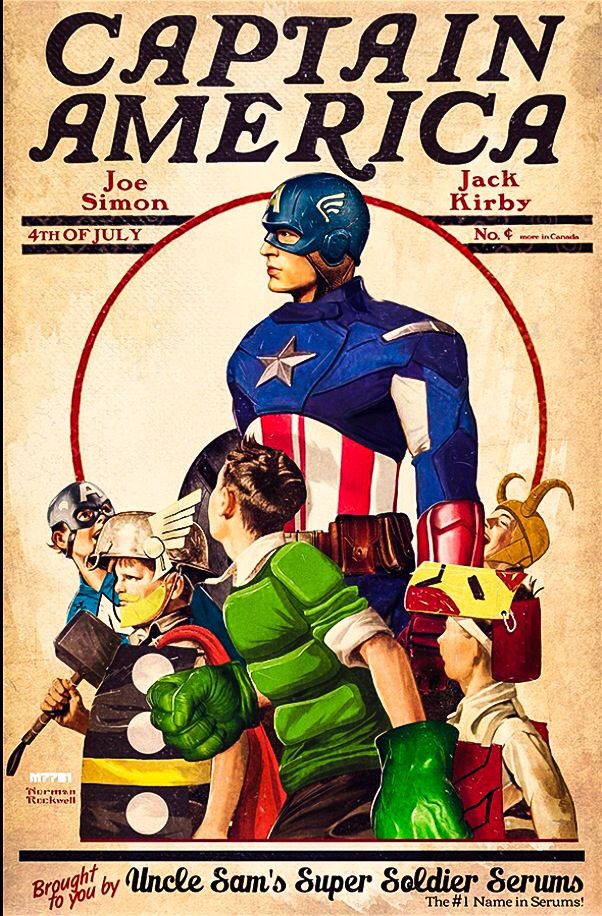 The movie Captain America, the First Avenger offers several valuable truths regarding dreams and determination. The hero, Steve Rogers, has a big dream — to do his patriotic duty by serving in the U.S. Army during WWII. Trouble is, Steve’s a sickly ninety-pound weakling who can’t pass the enlistment physical — no matter how many times he tries he’s told “you don’t have what it takes to succeed” and labeled 4F. Then one day, quite unexpectedly, he has a “divine appointment” with Dr. Abraham Erskine, a true friend and facilitator. Suddenly, with Erskine’s help, Steve is on his way to realizing his seemingly impossible dream.

Steve Rogers gets shipped off to Boot Camp, at a special installation under the command of Colonel Chester Phillips, a tough leader played by Tommy Lee Jones. There, under the watchful eye of Dr. Erskine, Steve begins his basic military training — which is far from easy for him.

Steve is part of a hand-picked group of men, one of whom will be chosen for a very special assignment. All around him are vigorous specimens of manhood, and poor Steve’s the scrawniest guy in the bunch. Physically, he can barely keep up with his musclebound peers.

Colonel Phillips observes the weakling Rogers as the young man struggles to do a pushup, and then says to Dr. Erskine, “You’re not really thinking about picking Rogers, are you? Look at [him]. He’s makin’ me cry.”

Erskine calmly responds, “I am looking for qualities beyond the physical.”

Phillips picks up a dummy hand grenade, pulls the pin, and snarls, “You don’t win wars with niceness, doctor. You win wars with guts.” He tosses it into the midst of the soldiers doing calisthenics, and yells “GRENADE!”

In a heartbeat, all the specimens of superior manhood move with decisiveness and perfect unity — away from the grenade. Steve, on the other hand, dives on the dummy explosive, ready to sacrifice himself, in an effort to save his fellow recruits. When the grenade doesn’t go off, he looks around and asks, “Is this a test?” It’s the same question Steve asked Dr. Erskine upon their first meeting, at the 1943 World Exposition in New York.

Steve had passed that “test” and he passed this one, too, with flying colors: whatever the young man lacked in muscle mass, he more than made up for — in strength of character.

Colonel Phillips is surprised, and yet, he’s still not convinced that this “ninety-pound asthmatic”  brought onto his Army base will ever amount to anything. The colonel just grunts, “He’s still skinny,” and walks away.

Weeks later, at the end of Steve Rogers’ basic training, and against the advice of experts and the continued protests of Colonel Phillips, Dr. Erskine chooses Steve for his great experiment: to create the first super-soldier in U.S. Military history, by injecting him with a top-secret serum.

Steve, the weakest and least likely to succeed at anything; the skinny kid from Brooklyn with a long list of physical ailments and personal failures; who previously had no connections or prospects; is about to make headlines. The odds were stacked against him, but this disadvantaged soul has been chosen for bigger things! 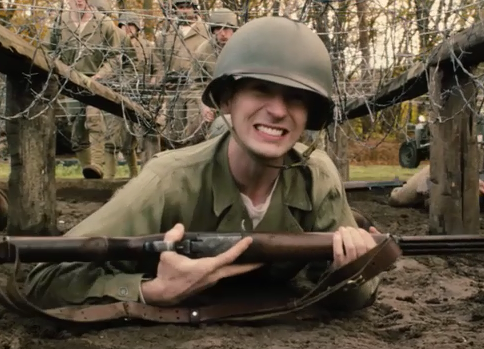 He wasn’t the smartest, or the most qualified. And he certainly wasn’t the strongest. Nor was he favored among other men. He didn’t come from a prestigious family, and he wasn’t the product of a fine military academy. His “training” was in the school of hard knocks, on the streets of Brooklyn. So, of all people, why in the world had Steve Rogers been chosen to receive Dr. Erskine’s secret formula?

The night before the big procedure, Erskine explains to Steve, “This is why you were chosen. Because the strong man who has known power all his life, may lose respect for that power, but a weak man knows the value of strength, and knows … compassion.”

Don’t miss this, friends: Steve was chosen because he is weak! Furthermore, his weakness will ultimately result in Steve becoming strong — strong enough to accomplish extraordinary things.

This idea reminds us of an incredible spiritual principle. God chooses the weak to do great things. The “weak” include those who lack credentials and connections, talents and abilities, and anyone who does not rely on his own strength to do the will of God. These “4F nobodies” rely instead on God’s strength and abilities and connections — and come out on top. With God’s help, they become 1A !

Here’s how the Message Bible states this truth: “Take a good look, friends, at who you were when you got called…. I don’t see many of “the brightest and the best” among you, not many influential, not many from

high-society families. Isn’t it obvious that God deliberately chose men and women that the culture overlooks…, chose these “nobodies” to expose the hollow pretensions of the “somebodies”? That makes it quite clear that none of you can get by with blowing your own horn before God. Everything that we have … comes from God by way of Jesus Christ….”

Like Steve Rogers, we can be “weak” in body, “weak” in our circumstances, “weak” by worldly standards — and still prevail with God’s help, guidance and resources. Again, Paul writes, “…When I am weak [in human strength], then I am strong [truly able, truly powerful, truly drawing from God’s strength].” (2 Corinthians 12:10 AMP)

Fellow creators and dreamers, are you feeling a bit less than super these days? Then stop it! (We say this in love, of course!) Remind yourself of what God’s Word says about who you are — and whose you are.

Remember, we already have everything we need to be “super” — because we have a God who “withholds no good thing.” (Psalm 84:11)

Just as Dr. Erskine chose Steve Rogers, God has chosen YOU … for great and wonderful things. He has chosen you to:

Tough assignment? Not when God’s in the picture. Because “…You are the ones chosen by God, chosen for the high calling … God’s instruments to do His work and speak out for Him, to tell others of the night-and-day difference He made for you—from nothing to something, from rejected to accepted.” (1 Peter 2:9 MSG) From 4F to 1A!