Previously: We dreamers and creators need to stand up for what we truly believe in, whether it’s our faith, a seemingly impossible goal, or a project that promises plenty of hard work. And, because those closest to us may not always share our faith, or believe in our dreams and abilities, we need to be ready and willing to stand alone. This truth can mean the difference between success and failure, giving up or going the distance.

Rest assured, should friends and family ever turn their backs on us, God will always be there to encourage and support us through these difficult times. However, being able to stand alone is never sufficient excuse for thumbing our noses at the people around us. In fact, our Heavenly Father never intended for anyone to become a lone wolf.

We were created to interact, encourage, and cooperate with each other. So, although we may experience situations in which we must stand alone, it’s always best if we can find support and fellowship among like-minded people — and enlist their aid in the pursuit of our goals, dreams, visions, and creative endeavors. (Romans 15:5) Stand alone? By all means, if and when we absolutely need to; but if we’re blessed to have faithful friends, affirming family members, and — we hope — more than a few facilitators, then NEVER!

“…One standing alone can be attacked and defeated, but two can stand back-to-back and conquer; three is even better, for a triple-braided cord is not easily broken.” (Ecclesiastes 4:12 TLB) 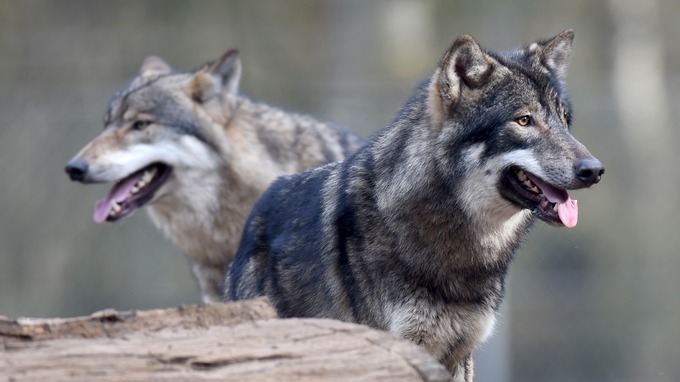 Life is always easier and more enjoyable when we cooperate, network, and team up. To quote an old Beatles song, “I get by with a little help from my friends.” Furthermore, even if we’re standing alone in one area, regarding a particular issue, a creative project, a business venture, or an impossible dream, we needn’t be alone in other areas!

King David faced some of his greatest challenges while standing alone — but he didn’t make a habit of it. He chose not to allow the time he spent in the wilderness, hanging out with God alone, to turn him into a hermit; or his solitary confrontation with Goliath to prevent him from seeking assistance with future challenges. Shortly after slaying the giant, David
recruited a team of other capable and brave heroes, to assist him in further Biblical adventures. His version of “the Avengers” would go down in history as “the Mighty Men of Valor.” (Nick Fury, eat your heart out!)

“And they helped David in his expeditions; for they were all mighty men of valour, and were captains in the host.” (1 Chronicles 12:21 DARBY)

David — long before he took his rightful place as the leader of God’s people — also benefitted from the unfailing support and friendship of another Biblical hero, who had single-handedly defeated an entire garrison of enemy warriors; a courageous champion who was beloved by all the people, and therefore had an impressive following. Who was this mystery man? His name was Jonathan, and we first meet him in 1 Samuel 13:2.

During that time, King Saul was ruling over Israel. He had actually been chosen by the people to be their first king. He was a tall, handsome, talented, and extremely capable individual, who nonetheless suffered from low self-esteem — an open invitation to that dangerous green two-headed monster of jealousy and envy. Indeed, Saul’s poor self-image marked his downfall, and the beginning of David’s troubles.

King Saul tended to overcompensate (to strive to overcome a sense of inferiority through overt, opposite behavior). In doing so, he disobeyed many of God’s directives — and then made up lame excuses. (We won’t go into all the details here, because you can read a full account of Saul’s rise and fall, in 1 Samuel.) As a result of Saul’s shenanigans, God chose an unassuming Shepard named David to replace him as king.

Oh yeah, one more thing. Once Saul heard the news, he grew increasingly preoccupied with his own personal agenda: he spent most of his days chasing David across the desert in hopes of executing God’s chosen leader! But the two-headed monster of jealousy and envy had been nagging Saul since the first day he met David and realized the young man’s potential; and upon returning victorious from a fierce battle with the Philistines, King Saul witnessed something which infuriated him, a celebration that led him to open wide the door to his own downfall, and let the monster in: “…The women sang to one another as they celebrated, ‘Saul has struck down his thousands, and David his ten thousands.'” (1 Samuel 18:7 ESV)

But where does Jonathan fit into all this?

Although Saul was consumed by jealousy and envy, his own son Jonathan — heir to the throne — did the right thing! Jonathan realized that God was with David (and for obvious reasons). So, instead of following in the footsteps of his foolish father, Jonathan vanquished the green two-headed monster, and remained one of David’s truest and most loyal friends — fully supporting his future king.

What’s our point? Both Jonathan and David knew how to stand alone, but they also understood the importance of seeking (and offering) a helping hand. We creators and dreamers should follow their examples. We were never intended to handle the challenges of life alone! And God certainly doesn’t want us pursuing our fondest hopes and dreams all by our lonesome — at least, not if we can help it.

So don’t try to be a lone wolf. Stand alone when and if you must, but remember: “Two people are better off than one, for they can help each other succeed.” (Ecclesiastes 4:9 NLT) “…One person (can) chase a thousand … (but) two people put ten thousand to flight….” (Deuteronomy 32:30 NLT)