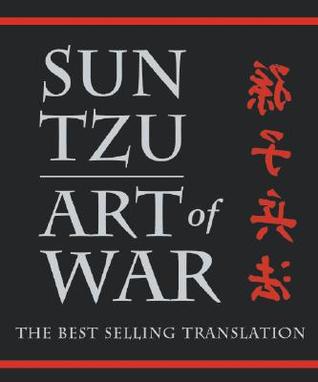 In his Chinese military treatise The Art of War, Sun Tzu states, “If you know both yourself and your enemy, you can win a hundred battles without jeopardy.” One of the reasons Great Britain, the United States, and their allies prevailed in WWII is that the leaders of these nations knew their enemies. They were able to recognize and understand the forces of evil threatening human life and freedom. Thus, the Allies succeeded in defeating the most powerful military force ever assembled, the combined might of the Axis Powers — Hitler’s murderous Third Reich; Italy’s fascist dictator, Benito Mussolini; and Japan’s opportunistic Emperor Hirohito — all because a few great men such as Winston Churchill and U.S. President Franklin D. Roosevelt were able to discern the evil of their times.

We, too, must be able to recognize and understand the enemy of our souls … and our hopes and dreams. Satan is that enemy. He is the epitome of evil, and like the crazed leaders of the Axis Powers, he has a definite agenda. In fact, he has an ax to grind with each and every one of us. Which is why the Apostle Peter admonishes us to watch our step: “Stay alert! Watch out for your great enemy, the devil. He prowls around like a roaring lion, looking for someone to devour.” (1 Peter 5:8 NLT)

Sounds incredible, right? After all, what did we do to get on Satan’s bad side? Well, first off, Satan doesn’t have a good side — it’s all bad: left, right, top, bottom, and in-between. Second, Satan doesn’t need a reason. And yet, many will scoff at the idea, or discount the danger.

Folks, we can make the same mistake the European Jews made right before WWII — a mistake which cost millions of Jewish men and women their very lives. Upon hearing the news of massive roundups and increased persecutions, and later of the horrors of the death camps and the mass shootings, many people of Hebrew heritage gathered their families, packed their belongings, and slipped away quietly. But unfortunately, far too many remained in the path of danger. Why? Many of them simply refused to believe that such evil could exist in our world.

In particular, the German Jews, many of whom were secular, highly educated, and well established in German society, mistakenly believed they would be exempt from this latest wave of antiSemitism. In appearance, custom, and mannerisms, they were completely indistinguishable from their Teutonic neighbors. Furthermore, viewing themselves as solid, successful, law-abiding and truly patriotic German citizens, they felt sure they would escape Hitler’s wrath. Nothing could have been further from the truth.

Hitler clearly took his cues from the devil himself: he hated without provocation, and lived to steal, kill, and destroy. And he needed no excuse to indiscriminately murder any and all Jews. It was in his nature.

Many German Jews were in denial — until it was too late. They knew Hitler was a lunatic but failed to recognize him for evil maniac he truly was. We creators and dreamers can’t afford to live in similar denial. We can’t afford to pretend that Satan doesn’t exist, or that we’re not on his radar. Don’t think he’s merely a product of “the Dark Ages,” with no place in the enlightened 21st Century. And don’t fancy yourself too sophisticated to believe in such an evil entity.

Satan does exist! He’s not a character from a fairy tale; nor is he the figment of an overworked and ignorant imagination. The Hebrew word for Satan literally means “adversary” — or one who opposes God. And, as the title of Hal Lindsey’s best-selling book proclaims, Satan is Alive and Well on Planet Earth.

“…When the angels came to report to God, Satan, who was the Designated Accuser, came along with them. God singled out Satan and said, ‘What have you been up to?’ Satan answered God, ‘Going here and there, checking things out on earth.'” (Job 1:6 MSG)

After the bombing of Pearl Harbor, on December 6, 1941, which President Roosevelt described as “a day that will live in infamy,” the Allied Forces realized they had met yet another formidable enemy: clearly, the Japanese Imperial Army would use any means necessary to win; and they would destroy any people that stood in their way.

We must also realize that the enemy of our soul is far more formidable than his human instruments; and he, too, will use any means to win his battle — destroy anything good and worthwhile in his path, be it people, principles, relationships, hopes, dreams … the list is endless. Remember the verse we quoted earlier? “Satan … is … seeking whom he may devour.” (1 Peter 5:8 Aramaic) The word devour means to eat quickly and eagerly; or to consume completely and destructively.

When you devour something — a huge slice of apple pie, for instance — you pretty much leave behind only a few crumbs on an empty plate, often bemoaning “I can’t believe I ate the whole thing!” That’s how Satan operates: he consumes ALL, leaving nothing behind but crumbs, emptiness, and regrets. He is committed to “finishing us off” — right down to the last morsel. So we can’t let down our guards. We must understand that the enemy of our souls (like the Fascists) will do whatever it takes to derail our future. Satan will use any means possible — or anyone, including even those closest to you — to keep you from fulfilling your dreams and realizing your purpose and destiny. He’ll place obstacles in your path and throw a monkey wrench into your plans, all to sabotage your progress.

In his teaching series Promise, Problem, Provision, San Antonio, Texas pastor and author John Hagee writes, “The bigger the vision [or dream] the bigger the challenges.” Hagee uses the Biblical patriarch Joseph as an example, who had a monumental dream and endured astonishing tribulations to ultimately realize it. But when you have a huge god-given dream, especially one that will bless people and bring glory to God, you can expect to face some opposition from His and your enemy, Satan!

Like Joseph, we can say with confidence, “…You planned evil against me but God used those same plans for my good, as you see all around you right now—life for many people [through the fulfillment of the dream].” (Genesis 50:20 MSG) Proof that “…God [who is deeply concerned about us] causes all things to work together [as a plan] for good for those who love God, to those who are called according to His plan and purpose.” (Romans 8:28 AMP)

Fellow creators and dreamers, take heart! Anyone who has ever achieved great things has also faced great obstacles and opposition. Anyone who’s worked to build a God-centered marriage, or raise a God-fearing child, or live a productive life that honors God, has faced their share of struggles. So, again, NEVER GIVE UP!