We’ve come to the last topic in our Spiritual Boot Camp for Creators and Dreamers:

After all is said and done, you must determine in your heart and mind that no matter what obstacles you encounter, no matter what suffering and heartaches you endure, no matter how many false starts, closed doors, and disappointments challenge your faith — that you WILL NOT give up!

No matter how difficult your circumstances are, no matter how bleak the outcome seems — even when you’re forced to stand alone against incredible odds and the giants of adversity, weathering the darkest storms of life, or suddenly confronted with a Ziklag situation, you must not throw in the towel. When your journey seems like it’s taking too long, and you’ll never reach your destination; when nothing is working out and things are just looking impossible, don’t give up on your hopes and dreams!

Follow the advice of Sir Winston Churchill, who stood as a lone voice warning the world of the evils of Nazism before the start of WWII. Hear the words of this great leader who became the Prime Minister of England, replacing Chamberlain, a weak official who was deceived by Hitler and sought to appease him. Heed the wisdom of Churchill, a man of letters known for his eloquence and powerful rhetoric, who stirred a nation to rally behind him during England’s darkest hour, to oppose the greatest evil of modern times.

Churchill’s message? On October 29, 1941, when he was asked to speak on Britain’s progress in the war, in a venue packed with people eager with anticipation, the Prime Minister delivered one of the shortest yet most inspiring addresses ever recorded. He said, in essence, “Never, never, never, never, never give up!”

Fellow creators and dreamers, we doubt we’ll ever encounter better advice than this, or better solution to solving the problems of life, or a more reliable way to realize our goals. Churchill’s words represent the kind of resolve he had in the face of the diabolical schemes of Hitler and his Nazi henchmen. And this is the same kind of resolve we must have in the face of the demonic forces facing us today.

As we stated previously, we love movies! We view many of them as modern parables, and have used The Sound of Music, Chariots of Fire, and several others to illustrate important spiritual truths in our inspirational books. We’re also WWII buffs. History truly is the best teacher — or should be, if we’re willing to learn from it. So allow us to draw a few analogies between the Second World War, divine purpose, the pursuit of goals and dreams, and the fulfillment of God-given destiny.

Before the Free World could triumph in WWII, England and her allies first needed to face some very uncomfortable and frequently-ignored Biblical truths. Jesus said, “…Remain faithful to My teachings. And you will know the truth, and the truth will set you free.” (John 8:31-32 NLT)

Hitler was unequivocally the enemy of freedom and all that is good, honest, and decent in the world. Without provocation, he declared war on the Jewish people, the “apple of God’s eye.” (Zechariah 2:8) In fact, Hitler’s “Final Solution” was engineered to wipe every last Jew from the face of the earth. That is the most concentrated form hatred ever known; evil in 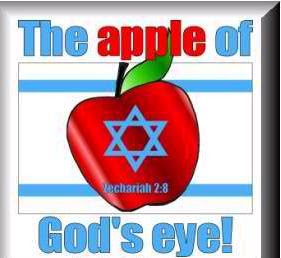 its purest form — swaggering and delivering speeches, all the while plotting the ruin of the world.

Can anything so vile and hideous have a presence in the physical realm without a counterpart in the unseen supernatural world? Powers of Darkness? Spiritual forces of Evil?

“…We do not wrestle against flesh and blood, but against principalities, against powers, against the rulers of the darkness of this age, against spiritual hosts of wickedness in the heavenly places.“ (Ephesians 6:12 NKJV)

We, too, must contend with a formidable enemy, who seeks the “final solution” of both the Jews of today as well the Gentile followers of Jesus Christ (the Son of God who walked the earth two millennia ago, in the form of a Jewish Rabbi.) Call this foe Lucifer, or the Devil, or the Dragon, or Beelzebub, or Old Scratch; he is known by many names, and in every corner and culture of the world. Jesus described him as “The thief [who] comes only to steal and kill and destroy.” (John 10:10 NIV) Bad News?

Yes and no. Satan’s power is limited. He’s not equal to God in any way, shape or form. Satan is just a rebellious and, hence, fallen angel, whose mantra is “Misery loves company.” Please don’t keep company with him, though, because….

Friends, if you allow Satan to steal your joy, he definitely will. He knows that the joy of the Lord is your strength (Nehemiah 8:10) and that, by robbing you of it, he can weaken your spirit, your motivation, and your resolve. Once he’s done this, he’ll take the next step in his plan….

If Satan can steal your hope, by discouraging you, he can also kill your dream! Matter of fact, he’d love to destroy your entire future. Now why would he want to do that? Well, why did Hitler want to murder 6 million innocent (and highly creative) Jewish men, women, and children — plus millions of others?

Discouragement is the destroyer of enthusiasm and motivation; the killer of creativity and dreams. And it’s Satan’s first explosive volley in an emotional and spiritual war we all wage daily. So, now you know why we spent so much time emphasizing the need to stay encouraged. And why we wanted to be sure you had the proper “weapons” to fight this battle.

Satan, like Hitler and the Nazi Party, is a formidable force of evil who never takes a day off. He’s ready to assail us 24/7. But we have a far more powerful ally who assures us the victory in every single skirmish: Jesus Christ (or Yeshua), “whose purpose [unlike that of our enemy] is to give [us] a rich and satisfying life,” (John 10:10 NLT) has defeated both Satan and death. He is the Savior of the world in every way, and when we rely on Him, our Lord will foil every scheme of our spiritual enemy. Fellow creators and dreamers, whether you realize it, you have already won the victory … “because the Spirit who lives in you is greater than the spirit who lives in the world.” (1 John 4:4 NLT) God, the Spirit in us — the All-Powerful, Sovereign Creator of the Universe who breathed life into each of us — loves you and wants the best for your life. He’s the One who blesses us with the dreams we pursue, and grants us the gifts, talents, and strength to achieve them.