God created people to be relational beings: to have interaction with Him, obviously, but also to interact with those around us. “…The Lord God said, ‘It is not good for the man to be alone.'” (Genesis 2:18 HCSB) Although this verse relates to marriage, the first institution God created, its wisdom applies to ALL relationships.

The Bible is full of relationships. Actually, it’s all about relationships. And it’s the Book of God’s relationship to us! God knows us better than anyone, and what He knows is that WE NEED RELATIONSHIPS. Every human being has a basic need and desire to love and be loved, to share, to communicate, to socialize. Even the grumpiest, seemingly most unapproachable person needs to talk to someone! Perhaps that’s why social media is so popular today. (But social media is no substitute for face-to face friendships.) 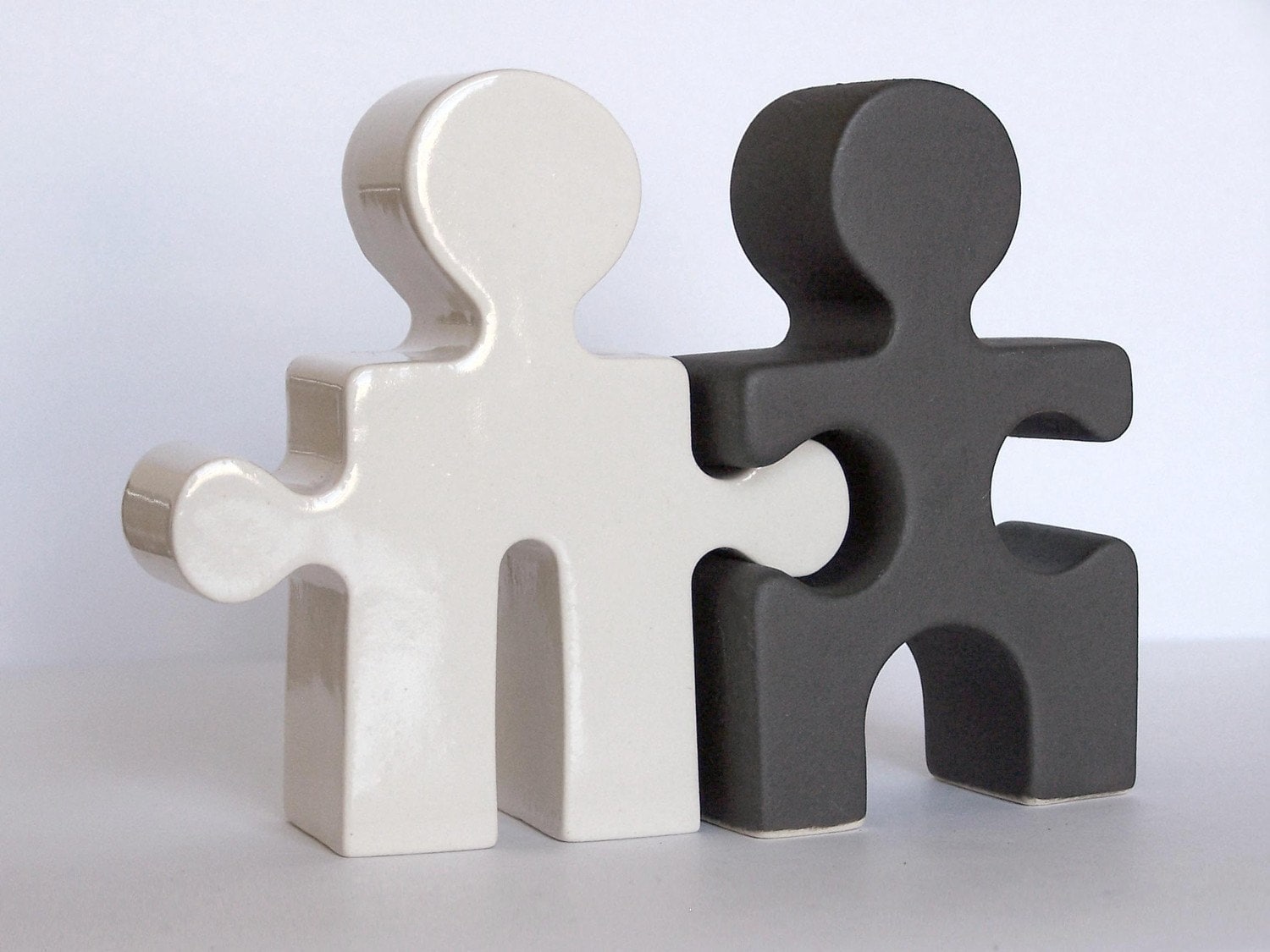 “You are better off to have a friend than to be all alone, because then you will get more enjoyment out of what you earn.” (Ecclesiastes 4:9 CEV)

God knows. In Genesis 2:18, He declares, in regards to Adam, “It is not good for the man to be alone. I will make a helper who is just right for him.” (NLT) In this case, the helper is Eve, his wife; and we believe she helped her husband with his creative pursuits. With this cooperative union between husband and wife, God set the standard for all marriages to come: “A man will leave his father and mother [ in the sense of a new primary loyalty] and be united with his wife, and the two will become one body.” (Genesis 2:24 EXB)

According to the One who created men and women, as well as the institution of marriage, a husband and wife should act as one body: two people mutually supporting one another, sharing their hopes and dreams, and working together to reach their full potential. God knows that a man can accomplish far more if his wife is on his side — and vice-versa. Remember Sylvester Stallone’s movie character Rocky Balboa? Rocky felt as though he could take on any opponent in the boxing ring, as long as his beloved Adrian was in his corner.

With her approval and moral support, Rocky eventually realizes (against overwhelming odds) his great dream of becoming the World Heavyweight Champion. Could he have done it alone? Maybe. But that’s not how Stallone saw it when he wrote the script. His message (and ours) is that it’s important for a married person pursuing a big dream to have the love, support, and cooperation of the spouse. Period. So all you couples out there, get together and get it together. Make God the center of your marriage, because “A rope made from three strands of cord is hard to break.” (Ecclesiastes CEV) Then dream together, work together, and succeed together.

And if you’re not married, don’t worry. Find a friend, whether online, on the job, at church, or next door. Recruit your parents, grandparents, an uncle, an aunt, or a cousin twice removed, but  find someone who can share in and support your dreams. If there’s no one around who fits the bill, then tune in to an encouraging television ministry such as TBN’s Praise the Lord program or Joel Osteen’s weekly message. Or find a website such as ours, to help keep you inspired and motivated.

Above all, don’t forget that the Lord also wants to partner with you in every endeavor. He’s “… a friend who sticks closer than a brother.” (Proverbs 18:24 NIV)

Please don’t face the challenges of life alone. Every successful creator and dreamer had the support and encouragement of a least one person who believed in both them and their dreams, whether it was a spouse, a parent, a friend, a coworker, a teacher, a coach, a spiritual leader….

As the English poet and clergyman John Donne wrote, “No man [or woman] is an Island, entire of itself; every man is a piece of the Continent, a part of the main.” We must live and work together. And together we must “share each other’s troubles and problems, and so obey our Lord’s command.” (Galatians 6:2 TLB)

“Be devoted to one another with [authentic] brotherly affection [as members of one family], give preference to one another in honor. …Live in harmony with one another; do not be haughty [conceited, self-important, exclusive], but associate with humble people [those with a realistic self-view]. Do not overestimate yourself.” (Romans 12:10,16 AMP)

4 thoughts on “Get Connected (Boot Camp for Creators & Dreamers 15.2)”