You can’t judge a book by its cover. Nor can you tell if an egg is fresh by examining its shell. 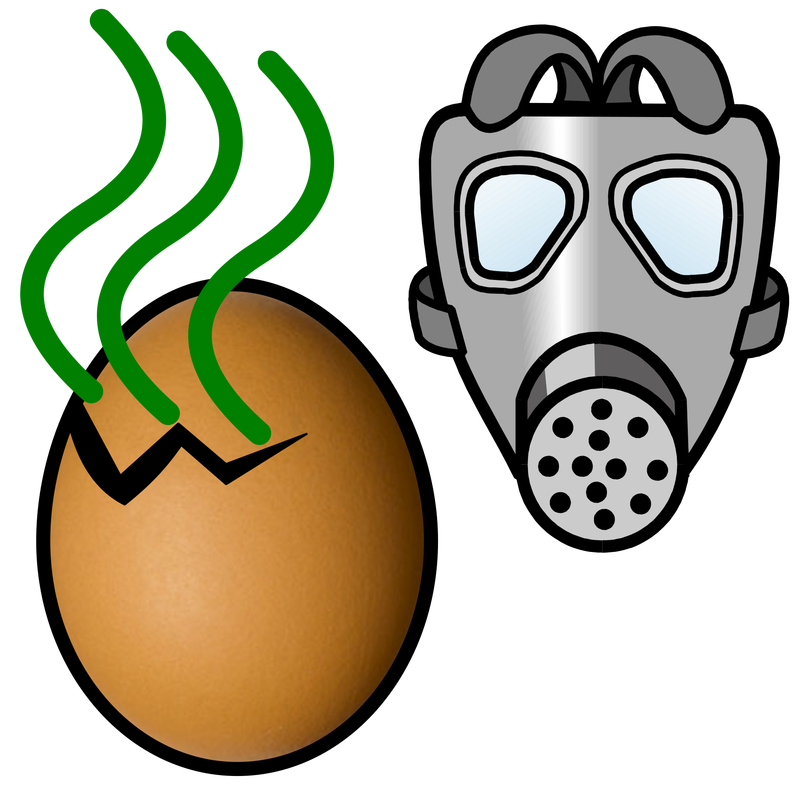 Although the wisdom is the same in both cases, the consequences of neglecting it in the former are by far preferable to the latter. Allow us to explain: if you crack a book with an interesting title and a cool cover illustration, but then realize it’s pretty bad … well, you can always take a good nap. But if you crack open an innocent-looking egg and realize it’s rotten … well, you’ll be fumigating the house.

The shell of an egg is composed mostly of calcium carbonate, and remains unblemished and smooth to the touch long after the yolk inside has gone bad. In fact, the egg can be decomposing inside while the shell can appear enticingly fresh. Good thing we’ve all learned not to form conclusions based on appearances alone. Right?

We never crack an egg directly into something we’re mixing, such as a cake mix. If it’s bad, it’s also too bad — because it’s too late to do anything about it. Hence, we break each egg into a separate bowl, and examine it before adding it to the recipe. When eggs go bad, the whites start to look watery. The yolks darken and may appear slightly shriveled. Of course, if the egg is rotten you’ll know the moment you crack it.

Refrigerated eggs tend to have a long shelf-life, usually a month beyond their sell-by date. But eggs that were mishandled and subjected to high temperatures go bad more quickly. Bad eggs can breed life-threatening
bacteria, so it’s best to know what’s lurking beneath those pretty shells. But how can you tell? There’s a simple test. Does the egg float in a deep bowl of water, or sink to the bottom? No, this isn’t similar to the lunacy of dunking would-be witches centuries ago. This is based on science, not superstition.

First, every egg contains a tiny pocket of air. (You can see where the air pocket formed whenever you peel a boiled egg: the larger end of the boiled egg will always be flat and dimpled.) But as an egg ages, this air pocket expands, which increases its buoyancy. A fresh egg doesn’t contain enough air to float. It will sink to the bottom of the bowl and lie on its side.

Second, as eggs age the yolks produce gases. If the egg sinks but remains “standing” on one end, then gases are forming at the other end. It’s still okay to use the egg, but don’t dawdle about it. If, however, the egg floats, 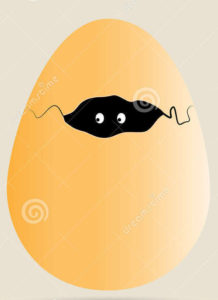 then a considerable pocket of gases has formed — indicating the egg is well on its way to rotting.

Bad eggs produce hydrogen sulfide, which builds within the shell. This foul-smelling gas is an indication of the corruption taking place within a shell that appears perfect on the outside, smooth and unblemished. Thank goodness, though, we don’t have to judge an egg by its shell.

As we’ve stated before, people are like eggs. Yes, there are good eggs, bad eggs, and rotten eggs; but our point here is that we can never base our judgements on appearance alone. A person who looks fine, and who seems to have it altogether, may actually be “dying” on the inside.

Unfortunately, in our Western culture we tend to value outer beauty above inner beauty, and physical perfection above strength of character. Many of us see the outer success, fame, and fortune of celebrity athletes and movie stars, and then assume their private lives are just as rich and wonderful. Occasionally, however, we’ll read or hear about a rich and famous person who’s been battling with the inner demons of addiction, physical abuse, low self-esteem, and … emptiness. In fact, we can recall one such celebrity confessing that, by all appearances, he had “made it” in life and had everything he could possibly desire — except happiness. 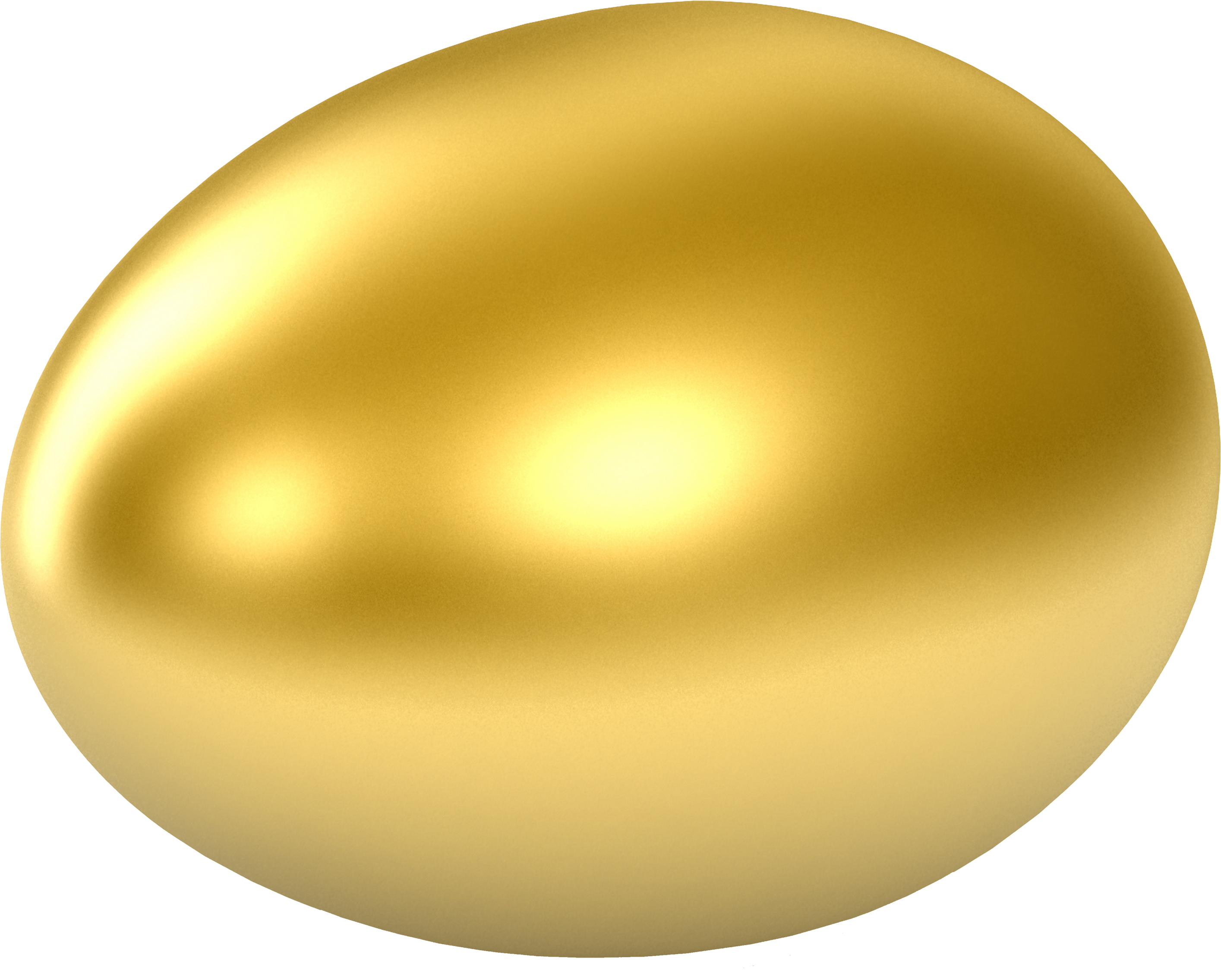 Since the lifestyles of the rich and famous, like eggshells, can conceal foul feelings and serious problems, it’s important we don’t make assumptions based on appearances. This wisdom has a spiritual application, too — one many of us seldom consider — which is the reverse of our egg analogy.

You may know someone who doesn’t look or dress or act like a star; but probably inside the shell of the “ugly duckling” there resides a beautiful, talented, or well-adjusted “swan”! And perhaps you know an older person who’s grown grey and wrinkled and stooped; perhaps a “senior saint” within your faith congregation; someone who appears to be years beyond his or her “best-by” date. The shell may look a little worse for wear, but you might just be surprised at how much life still resides within. Never discount what these people have to offer. 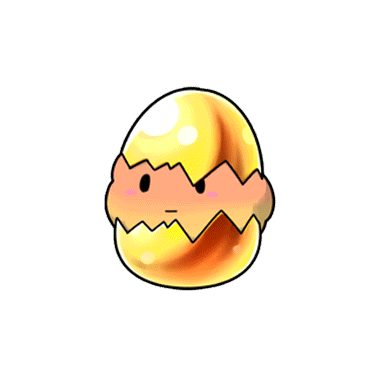 The Apostle Paul wrote, “Though our outer self is heading for decay, our inner self is being renewed daily.” (2 Corinthians 4:16 CJB) Or, to quote the Phillips translation, “The outward man does indeed suffer wear and tear, but every day the inward man receives fresh strength. …For we are looking all the time not at the visible things but at the invisible. The visible things are transitory: it is the invisible things that are really permanent [eternal].” (2 Corinthians 4:16-18)

Perhaps no one is ever eggs-actly as he or she appears. “Beautiful eggs” may be dying inside. Apparent good eggs can stink. Dull and pathetic-looking eggs can be full of life. And alleged “bad eggs” may still turn out to be good. Let’s try to see beyond the shells.