Dream BIG! However, never get too BIG for your dreams. 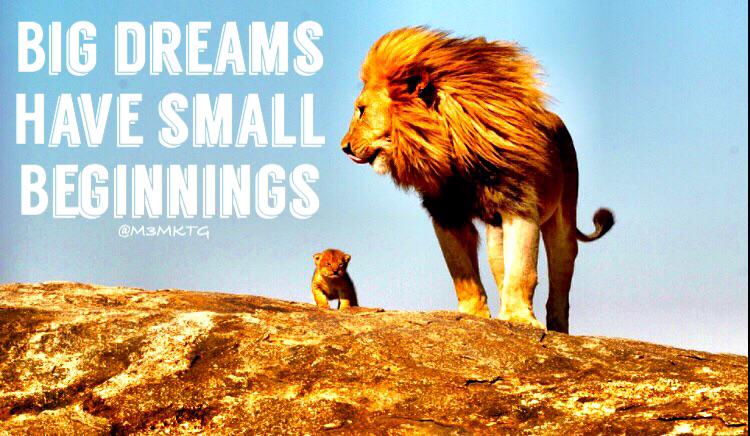 Writers want to be read — by as wide an audience as possible. Does it really matter if the book is hardcover or a paperback, in print or available in an ebook format? Singers and songwriters want to be heard — in a variety of mediums. Should a musically-inclined dreamer sneer at an opportunity to perform for a local venue, be heard on a small radio station, or be produced by an independent record label? These are steps forward to bigger and better things, after all. So, should we underestimate or devalue any opportunity or venue? The simplest and most straightforward answer comes from God’s Word: “Do not despise these small beginnings, for the LORD rejoices to see the work begin….” (Zechariah 4:10 NLT)

Of course, not every person pursuing a dream is a “beginner.” Many may feel they’re well on their way to success, and that they’ve paid their dues; others may feel they’ve already arrived. Still, should these dreamers look down their noses at lesser opportunities to spread their talents and abilities? Before you answer, please allow us to share the following example of an actor who momentarily got just a little too big for his britches — and later regretted it.

Actors want to be seen. Right? And famous! And remembered! Remember Rocky Lane? He was a handsome stage actor discovered in the 1930s by a Fox Studios talent scout. But “Rocky” Allan Lane was never able to make it as a leading man in A-list productions. However, Lane found his niche, when he was in his forties, starring in a string of popular “B” movie westerns. During the 1940s through the early-1950s, Lane enjoyed enough success to be featured on kid’s lunchboxes. But by the late 1950’s he was back to smaller parts, mostly in TV westerns. 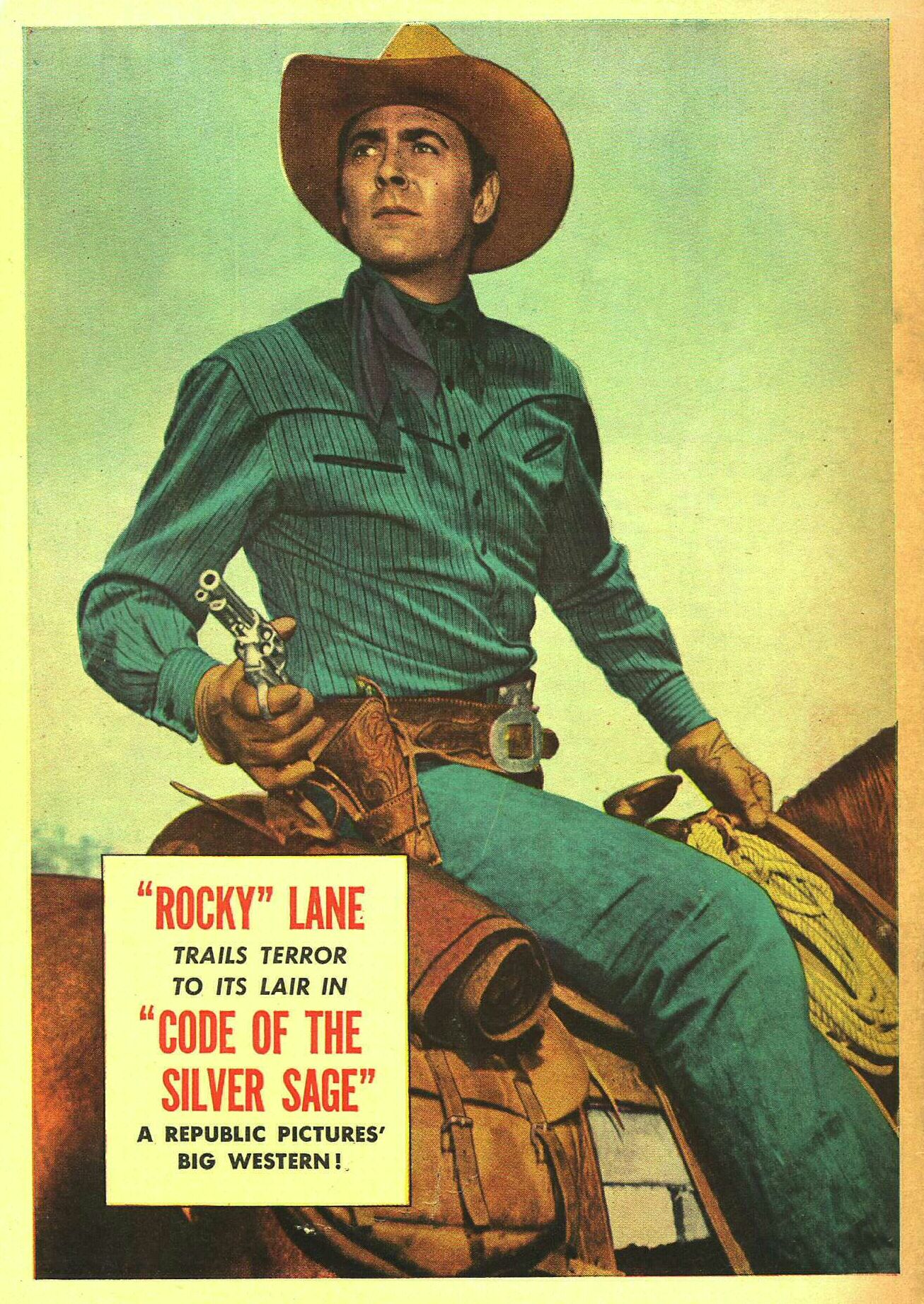 Only hardcore western fans and a few nostalgia buffs seem to remember those Rocky Lane horse operas today. Although he made close to four dozen of these short films, only a handful are available now. But the character actor got another — even greater — shot at immortality in 1961. Lane was in his early fifties by then, but apparently he was still tightly gripping the reigns of the idea he had “star” potential. When he was approached by a television producer with a steady job offer, Lane turned it down cold.

It was easy work in a weekly television series, but with good pay. The producer wanted Lane to provide the humorous voice for a wisecracking horse! Lane felt the job was beneath him; which shows how far Hollywood and actors have come since then, because Bradley Cooper, the A-list actor nominated for an “Oscar” for his lead performance in American Sniper (2014), recently supplied the voice for an ornery raccoon in Gaurdians of the Galaxy!

Well, the producer finally convinced Lane to do the voice, but the actor had two stipulations: he didn’t want an acting credit, and he wanted his part in the series kept a big secret. He wanted absolutely no association with the TV show. That wasn’t exactly using good horse sense, however, because Mister Ed ended up being a top-rated series during its six-year run, and is now considered a cult classic.

The scheming-but-lovable Mister Ed was so popular, in fact, that some of the biggest stars of the time wanted to play opposite the horse. A few who came on the show, playing themselves, included Clint Eastwood, Zsa Zsa Gabor, George Burns and baseball great Leo Durocher. And today — five decades later — people still fondly remember Mister Ed. He’s immortal, so to speak. Rocky Lane? Not so much. We’d never heard of him before we researched the show.

After Mister Ed became a hit, Lane decided he wanted that screen credit after all. Too late! The show was already crediting Mister Ed as playing himself — and the producers didn’t want to spoil the fun for all the kids watching by saying otherwise! Snort!

Horses may have been beneath Rocky Lane in all those westerns — literally — but doing  Ed’s voice, as the actor realized too late, was not. Too bad he didn’t come off his high horse sooner! (Sorry.) Moral: lighten up. Don’t take yourself TOO seriously. And above all, stay humble, no matter how much success you encounter. Dream big, but don’t get too big for your dreams! “For those who exalt themselves will be humbled, and those who humble themselves will be exalted.” (Luke 14:11 NLT)