In the early 1960s, Desilu Studios was a force to be reckoned with. The company founded by Lucille Ball and Desi Arnaz had several hit shows and also rented out its facilities for use on many of the comedy series of the time. But by late 1962, the driving force behind Desilu was feeling the stress of running an operation with three studios, thousands of employees, dozens of busy sound stages, and acres of backlots. The joy was gone, and Desi sank into alcoholism. In the end, Desi had to walk away from it, so Lucy reluctantly took the helm. 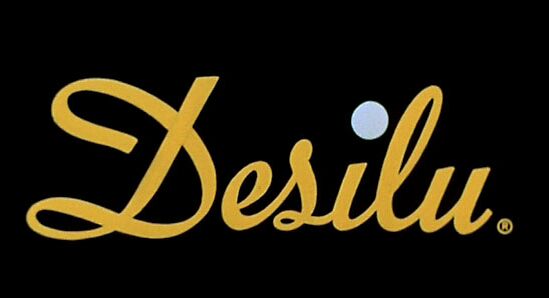 Over at CBS, the network that had profited handsomely from the success of the I Love Lucy show, was watching Desilu’s steady decline, in horror! William Paley, the head of the network, was a big fan of Lucille Ball’s work, and he also felt indebted to her studio. So he sent two of his best men — troubleshooters — to fix Desilu. One was a financial expert, the other a savvy Jewish programming executive named Herbert Solow.

You remember Eugene? Yesterday we left the controversial writer and producer struggling to sell his SF series. He’d recently become something of a hot potato for wanting to write about important social issues. Plus, SF was not an easy sell at the time. But fortunately for Eugene, Desilu — now under the guiding hand of Solow — was looking for unusual projects, and had better things to do than be upset by a little controversy. In other words, when the talented and tenacious writer approached Solow, the timing was right. (Actually, it was perfect!)

Solow later described the ex-cop turned writer as a “mumbling exotic” who appeared to have “recently learned to dress himself but hadn’t yet quite gotten the knack.” A slightly disheveled Eugene handed Solow a wrinkled sheet of paper with his concept for a new series. Solow overlooked all this, because he saw the potential in both the writer and his ideas. He quickly grabbed the show for production At Desilu, but Solow still needed to secure a network to televise the series. Here’s where Solow had his work cut out.

Remember, Eugene had a reputation for being trouble, and at the time, SF was “alien” to the network money men. Not to mention, the “mumbling” writer was terrible at making a presentation. The first two times Eugene had pitched the series to network executives, Solow hadn’t been present; and the results had been disastrous: two of the three major networks had already passed on his show. DEFINITELY NOT GOOD!! This was, after all, an extremely primitive age long before the advent of multiple cable channels, and Solow knew they had only one chance left of selling the series, to the “peacock” network (NBC) — and he wasn’t about to let anything screw it up.

Solo essentially dressed and groomed Eugene for the presentation; he told him exactly what to say and how to say it; and he told him when to just keep his mouth shut. When the two men arrived at NBC the timing was again PERFECT. The network wanted to return to the number one spot in the ratings, which they had previously occupied; but they couldn’t get there with all the musical and comedy variety shows currently proliferating their schedule. They were ready for bold new ideas. They wanted unusual and COLORFUL shows, which is why they’d already scheduled I-Spy starring TV’s first African-American superstar, Bill Cosby.