Sometimes a creator can have a great idea or produce a masterpiece, but still encounter rejection. Perhaps the timing isn’t right, or the wrong people are considering the material or, as in the case we’re about to share, the right people are considering your work but they just don’t get it or are too blind to see its merits. This is often true of television production. In fact, when it comes to programming for television, there’s often a good reason the TV is called the boob tube, and no, it’s not a reference to the viewers.

In 1970, successful comedy writer/producer Garry Marshall had a great idea for a new television series — at least, that’s what he thought at the time — about life and love in an innocent bygone time. Miller-Milkis Productions filmed a pilot for the new show, calling it New Family in Town. The parent studio, 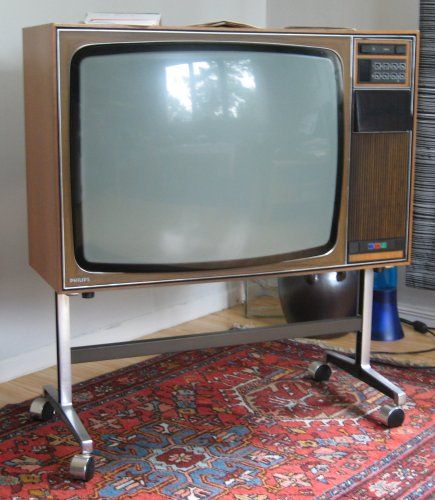 Paramount Pictures, was unimpressed, and the ABC network totally passed on the idea. No one at the time thought Garry Marshall would be able to sustain a comedy series so immersed in nostalgia for more than a season or two, at best; and besides, the decision-makers at ABC didn’t particularly care for the young man Miller-Milkis had cast as the lead. The idea for a series was shelved, and the network “burned off” the pilot episode as an installment of its anthology show Love, American Style, retitling the segment, somewhat ironically, “Love and the Television Set”! (Remember all those anthology shows that proliferated the airwaves from about 1954 through the early ’80s? Well, think Twilight Zone; except that during the last couple minutes of each episode of Love, American Style, instead of one of Rod Serling’s shocking twist endings, there’s just a lot of smooching and blushing.)

A year later, a pre-Star Wars George Lucas was casting American Graffiti, his humorous, uber-nostalgic film based on his experiences with fast cars and adolescence circa 1962. Lucas viewed Marshall’s unsold pilot and immediately decided to cast its star (what’s-his-name, the guy the ABC executives weren’t particularly impressed with) in the lead role of his new movie. When released in 1973, American Graffiti became an instant classic and proved itself to be box office gold! (So the actor, what’s-his-name, was vindicated. Yes, but that’s not our point here, nor is it the end of our story.)

Over at ABC, the suits were salivating. Legend has it that one of them remarked to an underling that the network should come up with a new nostalgic comedy to capitalize on the success of American Graffiti. “Run out and get someone to create a pilot,” he snapped.

The underling carefully told his boss that the network already had a pilot for just such a series: “And it even stars what’s-his-name from the movie!”

“Why haven’t I seen it, then?” barked his boss.

“But you did, your greatness!” [Okay, yes, we’re exaggerating here … a little.] “Don’t you remember? You shelved the project!”

We’re not sure if the poor underling kept his job, but ABC hurried the series into production, and a few months later, the ABC comedy Happy Days, starring Ron Howard, premiered in January 1974. The show was an immediate success and Creator Garry Marshall kept us laughing through 11 seasons. So much for being able to sustain a show about love set in the 1950s! Throughout the rest of the ’70s, the show was consistently ranked among the top 20 most-watched shows.

Yes, it’s a silly sitcom, but if you were growing up around that time, you probably know how popular and influential it was. ABC spun off seven other series from Happy Days, two of which were also ratings successes. There also were books, comics, toys, and lunch boxes. (Now doesn’t every creator want to see his or her stuff plastered on a kid’s lunch box?!) And lest we forget, Happy Days is responsible for a few well-known idioms, such as “jumped the shark”!

Moral of the above anecdote: Often, rejection is far from being the end of a creator’s journey! Wrong time, wrong place, wrong response; consider such things as just speed-bumps on the road to success!

“For the vision is yet for an appointed time. It hastens to the end and will not fail. If it should be slow in coming, wait for it, for it will surely come—it will not delay.” (Habakkuk 2:3 TLV) Thomas Edison once stated, “Discontent is the first necessity of progress.” If you examine many of the innovations of the 20th Century, and ponder the motivations behind them, you’ll understand Edison was right. No one invents anything simply to prove it can be done. Innovators (and dreamers) aren’t like mountain climbers; they don’t accomplish something great “because it’s there”!

Vaccines are developed when disease threatens our civilization; faster modes of transportation because people are … well, in a hurry; smaller, smarter, more powerful phones and tablets because we want to be able to communicate, access information, and enjoy all the other benefits of computers on the go and with less to lug around. The point is, when a society finds itself in an undesirable situation, or isn’t satisfied with its level of comfort or convenience, it generally responds with the innovations necessary to elevate itself from its troubling circumstances.

What was the motivation behind the invention of the electric light? Several people were striving to make it work — Edison stuck with it until he succeeded — but why so much interest? Well, can you imagine what it was like to read by a kerosene lamp? Or worse, a flickering candle? Edison and others weren’t satisfied with these relatively poor sources of light. They wanted something better.

Many inventors such as Edison or Henry Ford also wanted to solve a specific problem. Ford used the assembly line to overcome time constraints in production. Milton S. Hershey formulated a chocolate bar that resisted melting at temperatures above 90 degrees fahrenheit because U.S. troops in WWII needed just such a bar.

Edison goes on to state, “Show me a thoroughly satisfied man and I’ll show you a failure.” A strong statement — which may sound illogical as well as unbiblical. It’s neither. When we’re comfortable, we’re not challenged to change, and specifically, to improve. If we’re satisfied with where we are in life, we’ll stop trying to go higher. Getting back to Edison’s first statement, when we’re discontent with our surroundings, our wasteful or harmful habits, our spiritual state, we’re more likely to make the necessary changes. Discontent is a powerful motivator. Which is why, in life, many people have to hit rock bottom before they get fed up enough to finally change.

So, in life, in innovation, in our relationships with God and the people around us, we never want to become complacent. Now, this doesn’t mean we should become discontent with what the Lord has blessed us with. The Apostle Paul said, “I know what it is to be in need, and I know what it is to have plenty. I have learned the secret of being content in any and every situation, whether well fed or hungry, whether living in plenty or in want. I can do all this through Him who gives me strength.” (Philippians 4:12-13 NIV) To do anything less is to present our Lord with an ungrateful spirit. On the other hand, we should always strive to improve ourselves, our circumstances, and the circumstances and conditions of others. Let us all work together to make the world a better place.

If you’re pursuing a dream or trying to achieve a goal, you’re more likely to achieve it once you make up your mind NOT to be complacent. Make the most of whatever situation you’re in, and by all means, be happy! But don’t get too comfortable. Aim higher. And then, when you find yourself overworked and underpaid, unchallenged and confined, by a job, a relationship, etc., you’ll probably also discover the motivation you need to pay the price, to do what it takes to succeed, or to change.

People who are comfortable tend to stay right where they are, whether it’s the recliner in front of the TV or a job that’s “not great but pays pretty good.”  So, don’t get comfortable — unless you’re planning on staying for awhile. Be discontent enough to climb out, climb higher, keep on climbing. Not because “it’s there” but because you long for something better, greater, nobler.

“Jabez prayed to the God of Israel: Please bless me and give me more territory. May your power be with me and free me from evil so that I will not be in pain. God gave him what he prayed for.” (1 Chronicles 4:10 GOD’S WORD)