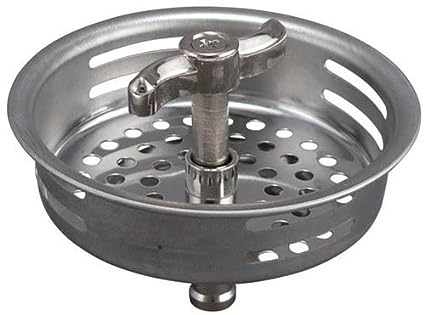 Whoever came up with the idea should have gotten a medal, and maybe he or she did. Then again, the basket drainer should have been a no-brainer. (Did you read how that rhymed?) At some point, someone must have realized that all kinds of stuff was going down the drain and clogging the pipes. Maybe in the beginning someone simply put a piece of cloth, or even a section of metal screen, over the drain to keep chunks of food from going down the pipes.

You’d be amazed at the innovations people come up with in order to avoid trouble on down the line (pardon the pun) and, hence, extra work. Who wants a clogged pipe? The water backs up and the sink becomes useless. And anyone with an ounce of foresight can look at that huge drain opening and imagine everything from broccoli stumps to chicken bones going down the pipe. Well, almost anyone; we wonder if Drano was invented by someone with no foresight?

Believe it or not, God gave all of us enough foresight to know that there are certain preventive measures we need to take. God has given each of us the equivalent of a strainer basket, and He expects us to use it. 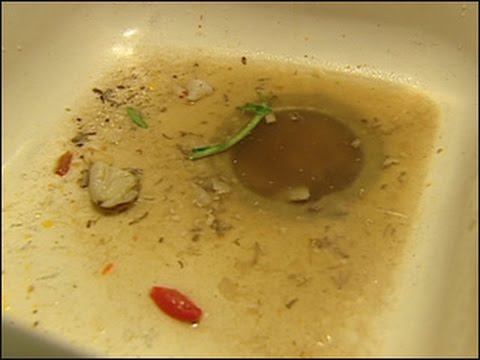 The Holy Spirit acts as a strainer basket. He “guides us into all truths” (John 16:13) and thereby enables us to determine right from wrong; and thus to make wise decisions. So that we’re not “swallowing” everything that comes down the social pipeline. We’re not swallowing the half-truths and outright lies we hear daily, or the false teachings of strange religions.

We’re living in an age that preaches relativism: “right” and “wrong” frequently change depending on the circumstances or the needs and desires of the social majority; and there are “grey areas”! Not true. There are absolutes in life, based on the Word of God, which allow us to determine right from wrong. These absolutes (call them “standards”) provide reference points for the moral compass everyone needs to stay on target. Without the absolutes and standards set by God’s Word, we can easily lose our way and get lost. “You are truly my disciples if you remain faithful to my teachings. And you will know the truth, and the truth will set you free.” (John 8:31-32 NLT)

So we need to be vigilant to strain out any falsehoods and misinformation we hear and read. Erroneous thinking can clog your mind and spirit and stop the flow of God’s influence, power and blessing in your life. And in the same way, we need to set boundaries to prevent harmful things from flowing into our lives: unhealthy relationships, bad habits, compromising situations, unethical business ventures — anything that might stop up the flow of the Holy Spirit in our lives. This should be a no-brainer.

Keep your pipes and your spiritual lifeline free of nasty clogs!

“Guard your heart more than anything else, because the source of your life flows from it.” (Proverbs 4:23 GOD’S WORD)