Benjamin Franklin once stated, in a letter to his daughter, “…I wish the Bald Eagle had not been chosen the Representative of our Country.” Apparently the great inventor and one of the Founding Fathers of the United States fancied instead the wild turkey, a wily game bird that was plentiful throughout Colonial America, and which provided a rare feast for many of the families struggling to maintain a foothold in the New World.

Franklin writes, “…The Turkey is … a much more respectable Bird, and withal a true original Native of America… He is besides, though a little vain & silly, a Bird of Courage, and would not hesitate to attack a Grenadier of the British Guards who should presume to invade his Farm Yard with a red Coat on.”

These are indeed fine and representative qualities for any National Bird, and no doubt, Franklin’s intentions proceeded from a good heart. But imagine for a moment, our federal currency adorned with a sassy-looking turkey, beard and all. Or this funky bird adorning our federal buildings. Hardly appropriate.

Let’s talk turkey. After all, it’s the bird most associated with Thanksgiving Day dinner, and the traditional main course fancied by most people. That’s what we’re serving. And, depending on who joins us at the table, there’s a chance we could be serving a “ham,” too!

During the preparations for our feast, our “kitchen angels” (so-called because while working with these appliances and gadgets, we’ve learned that each one has a unique message to convey, about life, love, and relationships) arise to their tasks with beeps, buzzes, and billows of silent 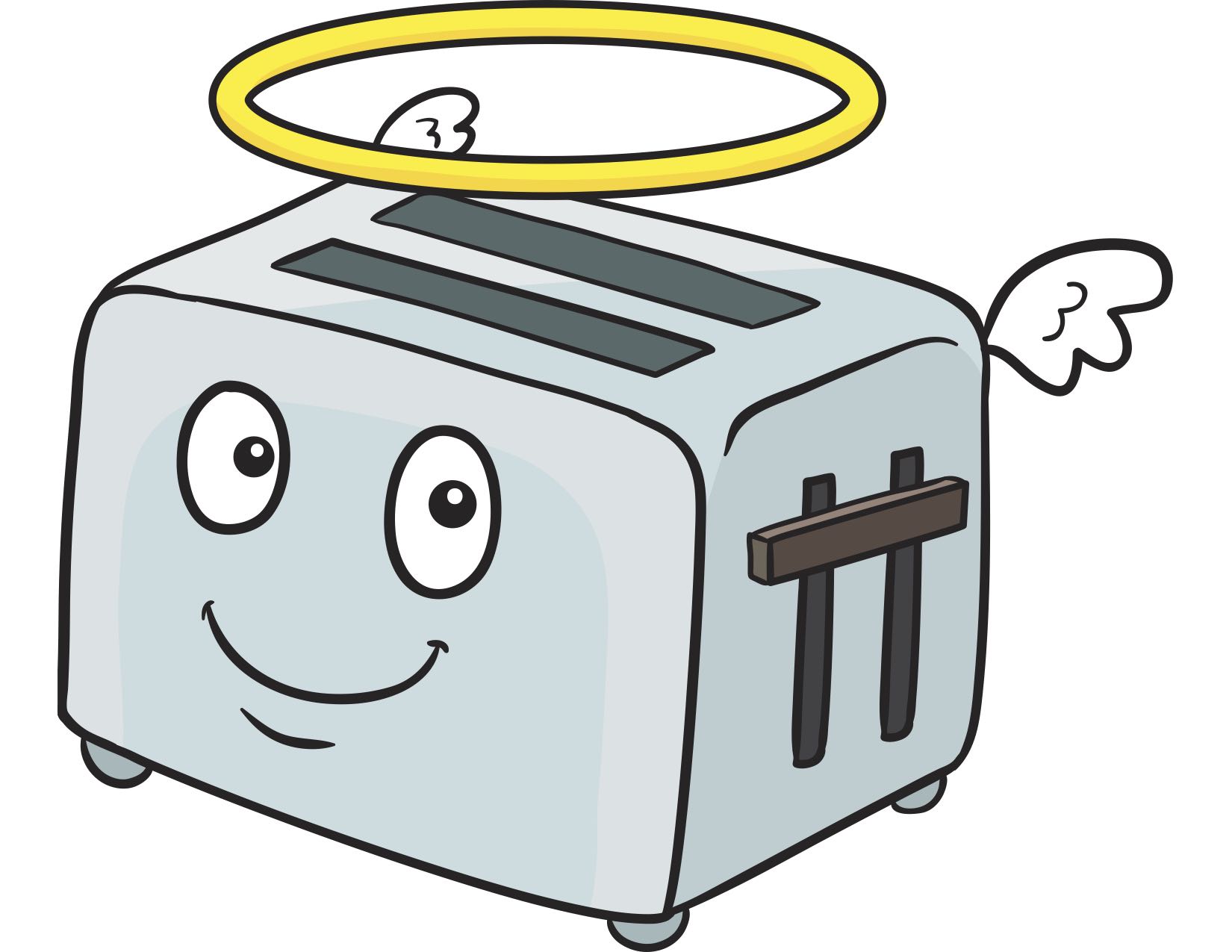 steam. Sparky the gas range, while baking a turkey in his capacious oven, imagines he’s like the great whale that swallowed up Jonah. We reassure Sparky, however, that our turkey will probably turn out far more tender than the hardened profit God sent to Nineveh.

Meanwhile, Luke and Nuke, the twin microwaves, frequently beep at the completion of their various chores: melting butter for various recipes or warming a few dishes we prepared the day before — because, yes, it pays to plan ahead and be prepared. And Fridgey, our refrigerator — What else? — whines at us because, after removing an armload of items from his spacious interior for the umpteenth time, we left his door standing wide open! 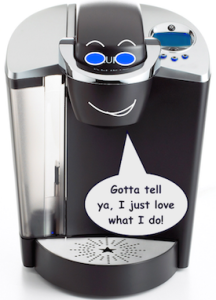 On the counter, Mr. Keurig surveys the scene while brewing cups of specialty coffees, which go great with all the seasonal pies we serve after the big meal. While under the counter, “Garbo” (that would be our kitchen garbage pail) debates with “Sinky” (take a guess) what’s the best strategy for mop-up operations once the big celebration is over.

As you can see, no one gets left out, because observing Thanksgiving is important. Although many of us view the holiday as a time for friends and family to feast and fellowship — and some people have jokingly dubbed it “Turkey Day” — we should always remember the true meaning, significance and purpose of Thanksgiving.

To be continued tomorrow: “The Secret Origins of Thanksgiving”