For most of us, the hows and whys of rejection remain a mystery. It’s not always about talent, or the lack of it. Timing and taste are assuredly factors. Fate and fickleness also seem to play a part.

In 1882, a bored, young doctor began to dabble in writing. His earliest pieces were, by his own admission, largely embarrassing efforts; but he stuck with his new hobby and, a few years later, completed his first novel, which he promptly and proudly sent out to a publisher. Unfortunately, he lived during an extremely barbaric period of history when there were no photocopiers, and his only copy of the manuscript was lost in the mail!

Undeterred, the good doctor continued to scribble his thoughts, and soon completed his second novel, which he promptly and proudly mailed off. No, this time he took the precaution of keeping a copy. Actually, he made several copies, so he was able to send the novel to several different publishers. A few weeks later he received by return post, several different rejections — enough, in fact, to convince him to shelve the book.

Finally, in 1886, he finished a third novel. The first three publishers he approached rejected it immediately, one of them stating that the tale is “Neither long enough for a serial nor short enough for a single story.” The fourth publisher agreed to print the tale, in one of the many popular magazines of the time, and paid him the meager sum of £25 — less than most magazines paid for a single short story. But at least his third novel did see print. For one whole month it was on the newsstands, but the next month it was gone and forgotten. 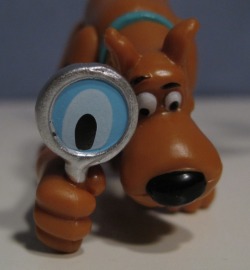 So the young doctor didn’t immediately quit his day job. He continued seeing his patients and continued to dream of writing full time. Ironically, he didn’t consider the publication of this first novel a turning point in his career. He was thoroughly pleased with the novel, and he genuinely cared for its two main characters, but he knew that as writer, he had a long way to go. His turning point, or so he thought at the time, came when he was asked to write the English translation of a German article entitled “Testing Gas Pipes for Leakage.”

Not very glamorous, but the editor had approached him, and commissioned him to do the piece. Was he on his way to being a real writer at last? Did he have a bright future penning articles about leaky pipes? Yes and no, respectively.

In 1989, Lippincott’s Monthly Magazine asked Sir Arthur Conan Doyle to write a second novel featuring the now immortal characters of Sherlock Holmes and his trusted associate Dr. John H. Watson, M.D. Doyle penned The Sign of Four as a follow-up to his first published novel, A Study in Scarlet, the one for which he was so handsomely paid £25. The rest of the story is literary history: four novels, 56 short stories, as well as any number of unauthorized adventures called pastiches; movies and television shows, dating from the era of silent films all the way up to the recent BBC hit Sherlock and ABC’s Elementary. So there you have it: one of the most successful and well-known literary characters rose up like a phoenix from the ashes of Doyle’s rejected novel. We’re all grateful that somebody was willing to publish the first adventure of the World’s Greatest Consulting Detective. It’s yet another case that proves the point: the mystery of rejection is strange indeed!

“The steps of a man are established by the Lord, And He delights in his way. When he falls, he will not be hurled headlong, Because the Lord is the One who holds his hand.” (Psalm 37:23-24 NASB)