If you’ve had your work rejected, be it a manuscript, a song, a painting, or what have you, then you’re part of a special club comprised of the who’s who of great men and women. The membership list of this club staggers the imagination, because every artist, writer, musician — and absolutely anyone else who’s ever tried to get somewhere in this life — has faced his or her share of rejection.

By the way, who’s the most rejected person who ever walked the planet? Over the next few weeks we’ll share the stories of some of the runners-up, dreamers who repeatedly had doors slammed in their faces, but who refused to throw in the towel; and who, because of their perseverance, eventually found great success. The prize, however, goes to Jesus Christ. He encountered enough rejection for a lifetime. No, actually more than that: count all the people who’ve ever lived and ever will live, because that’s how many lifetimes worth of rejection He endured. And He endured it for us! So, who besides Christ would know the absolute best medicine for rejection? 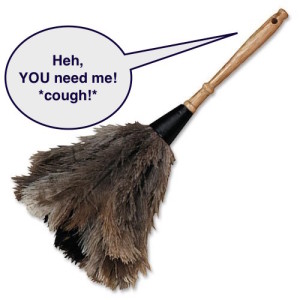 Jesus admonished His disciples that wherever they carried their message, when they encountered rejection they were to “shake it off!” When you get a NO! or have a door slammed in your face, remember the Lord’s advice: “If anyone will not welcome you or listen to your words, leave that home or town and shake the dust off your feet.” (Matthew 10:14 NIV)

In other words, when you get knocked down just get up, brush yourself off, and keep on knocking and trying. Dust? It’s a perfect analogy. The fallout from rejection, the hurt and disappointment, the fear and doubt, the desire to quit, all of it tends to settle upon us like dust. Get rejected enough times and you’ll be so caked with it that you won’t be able to see or feel or breathe. That’s why Jesus warns us to shake it all off, and keep our feet moving! Never give up. Never lie down and let the dust of rejection cover you over until it’s impossible for anyone to ever know you passed along this way.

Follow the example of motivational speaker and writer Jack Canfield. The first month he and Mark Victor Hansen tried to sell their manuscript for a new kind of book, they got the door slammed in their faces 33 times. New York publishers told them “anthologies don’t sell” because “nobody wants to read a book of short little stories.” Besides, stated one publisher, the book is “too nicey-nice”! And the long line of NO!s didn’t end there. “You know,” Canfield once said, “my first … book was rejected by 140 publishers, over the course of 18 months. If we had given up at the first rejection or the 100th rejection, I wouldn’t be here before you.” (From an interview posted Apr 12, 2012 at ibnlive.in.com)

Finally, in 1993, Health Communications, a small, struggling publisher on the verge of bankruptcy, took a chance on the collection of poems, stories,
and nuggets of encouragement. The gamble didn’t just pay off, it saved the publishing company; because today, the 65-title Chicken Soup for the Soul series has sold over 125 million copies in more than 3 dozen languages! Got rejection? Shake it off! Get back on your feet. Keep walking. Keep trying. Keep moving forward, because success could be just around the next corner.

2 thoughts on “Shake it Off! (Encouragement for Creators)”