In one of our last adventures, we stated that waiting for opportunity’s knock is a process during which we need to prepare and learn to trust God. We also pointed out that although God’s timing is perfect, we sometimes need to face the unsettling truth that some dreams take a very long time. We don’t give up, though! We keep waiting.

But exactly how long do we wait? Simple answer: as long as it takes. But what if I grow old while waiting? Complex answer: first, age (and the concept of “old”) is relative. What you think is old might be young to us; and what you consider young may seem old to others. God doesn’t seem to take age into consideration when working in people’s lives, so neither should we. Besides, if you’re still kicking, you’re not too old to fulfill your dreams.

You think we’re being optimistic. Well, we are. But what can be gained by being pessimistic? Nada. Plus, we have some great examples of people who seemed way too old to fulfill their dreams, but who in fact weren’t! That is, they WERE old — no doubt about it — but not too old to achieve their goals.

First up: the Biblical Patriarch Abraham and his wife Sarah wanted a son. A son, in the Hebrew culture, represented the future: a male heir to continue the family name and tradition. So this couple’s dream was to leave a legacy; and they had good reason to believe their dream would someday come true, because God had actually promised Abraham it would; that he’d have a son and, through that son, leave an incredible legacy. Okay, have a son, big deal. Well, it was a big deal, because Sarah couldn’t seem to bear children. Abraham and Sarah waited for the promise to be fulfilled. And then they waited some more. Each morning, the same thing — no, not today. Oh, and uh, tomorrow’s not looking too good, either. But they trusted God, and continued to wait … for years and years! While they waited, they continued to work and prepare for their future, always trusting and staying faithful to God. How many of us could do that? Only Abraham, which is why the Bible regards him as the Father of Faith.

But even Abraham was beginning to wonder WHEN? the promise was going to be fulfilled! After all, he was 99 years old, and his wife was so far past the age of childbearing that things now looked scientifically impossible. Then one day, God simply announced, “It’s time!” Actually, the Bible states, “…Sarah conceived and bore a son to Abraham in his old age, at the appointed time….” (Genesis 21:2 NASB)

Two major things you need to take away from this piece of history: first, God fulfilled the promise in an “appointed time”! God had a plan and His plan was perfect! And His timing was perfect, too! (Remember this, while you’re waiting.) God needed to get Abraham to a certain place at a certain time and with certain life experiences. Second, God’s perfect timing came when Abraham and Sarah were –in the eyes of those around them — as old as spit! In God’s eyes, however, they weren’t too old. With God, age is a question of mind over matter. To quote Mark Twain, “if you don’t mind, it doesn’t matter!” 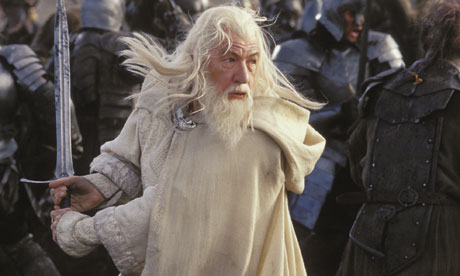 It certainly didn’t matter to Caleb! He was one of the twelve spies sent to reconnoiter the Promised Land. Do you have a promised land? A place or level you want to be? Caleb and Joshua returned from their promised land to tell Moses that there were giants standing between them and where they wanted to be. Caleb and Joshua wanted to go back immediately and slay those giants, but the other ten, pessimistic and spineless spies convinced the people to stay where they were — in the wilderness.

45 years laters, Caleb finally got his opportunity to slay the giants! Once the Hebrews entered and began taking their promised land, there remained one terrifying territory where a formidable race of giants still walked the earth. These giants lived in great fortified cities positioned atop several hills. Now, if you know anything about military strategy, you know it’s harder to take out an enemy entrenched on the high ground, let alone giant enemies behind fortified battlements. But Caleb went to his old friend Joshua, and said, “…Give me this hill country (promised by the Lord) … and I shall drive them out….” (Joshua 14:12 NASB) Joshua consented, so at the age of 85, Caleb set out to take his own, personal promised land. Caleb, the geriatric giant slayer, wasn’t about to let anything stand in the way of his dream, not giants, not naysayers, not old age!