We had a large pot of stew cooking on the range. Kabasi, potatoes, cabbage, onions. We left the pot unattended for a few minutes, not expecting the contents to do much more than stew a little. (Heh!) We should have put a lid on it. When we returned, there was stew all over the range. Kabasi, potatoes, cabbage, onions. We worked a good 15 minutes cleaning up that mess. Paper towels, Clorox, Brillo — sigh!

Putting a lid on things can save a lot of time and aggravation. Things like arguments, for instance. (Yes, we’re going to discuss this topic whether you like it or not! So don’t argue with us!) Arguments can get messy and the aftermath is hard to clean up. Paper towels, Clorox, Brillo — sigh!

It takes two to tango. It also takes two people to work up a good argument.
Correct us if we’re wrong, but no one ever got into an argument all by their lonesome. No, it takes two sets of opinions, two sets of emotions, two sets of tempers, two sets of out-of-control attitudes. Bring together gas and a lit match and you’ll have a little piece of Hell on earth. Take away either of these and things will remain fairly cool. Likewise, take away one set of anger and attitude, and POOF! — no argument. So, why don’t we?

Pride and emotion usually prevent us from putting a lid on things before they boil over. Left to our own devices, we demand to be heard, we demand to be right, we demand to retaliate, we demand to have the last word! 30 years ago, not long after we were married, we attended Bill Gothard’s Institute in Basic Youth Conflicts, and learned a Biblical Principle that has helped put a lid on many an argument before it really got started:

Surrender your right to be right. That’s essentially what Jesus did when he walked the earth. How can we not do the same? “…Have the same attitude that Christ Jesus had. Though he was God, he did not think of equality with God as something to cling to. Instead, he gave up his divine privileges [His rights]; …He humbled himself in obedience to God….” (Philippians 2:5-8 NLT)

Adopting Christ’s attitude can prevent or shorten most arguments; and curtail a lot of emotional turmoil. Humble yourself and put your pride on the backburner. Give up your right to be right. Don’t feel like you need to have the last word. Trust us, nobody ever truly wins an argument. What’s more important? Peace, harmony and the preservation of a relationship, or 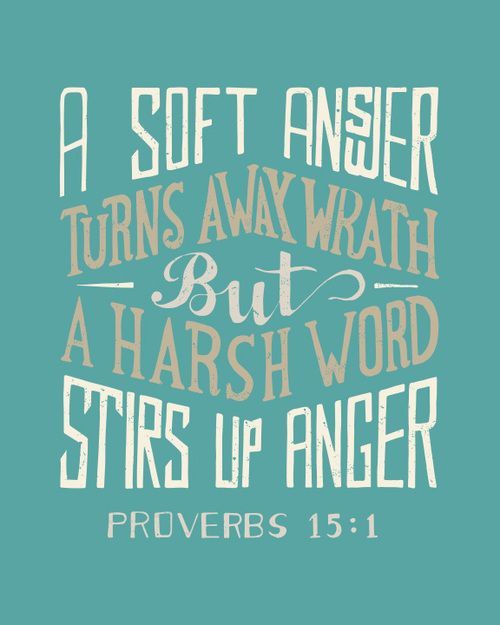 hours, perhaps even days, of strife and discord — just so you can be right? “Love does not demand its own way. It is not irritable, and it keeps no record of being wronged.” (1 Corinthians 13:5 NLT)

You’ll definitely need God’s help in this. In fact, you can’t do it without Him! So pray like the Psalmist prayed:  “Let the words of my mouth and the meditation of my heart be acceptable in your sight, O LORD, my rock and my redeemer.”  (Psalm 19:14 ESV)