We’ve been discussing one of our favorite movies, the 1965 Academy Award-winning musical The Sound of Music, and the lessons we can learn from it, about dreams and dreamers — and life in general.

One of the songs in the movie poses the following question: “What do you do with a problem like Maria?” Maria, you may recall, is a misfit novice in an Austrian convent. Although she means well, she nevertheless has a way of getting into all sorts of scrapes, and hence, daily challenges the patience of the Sisters. These nuns realize, however, that people are NOT problems; people only HAVE problems. So they deal with Maria by simply 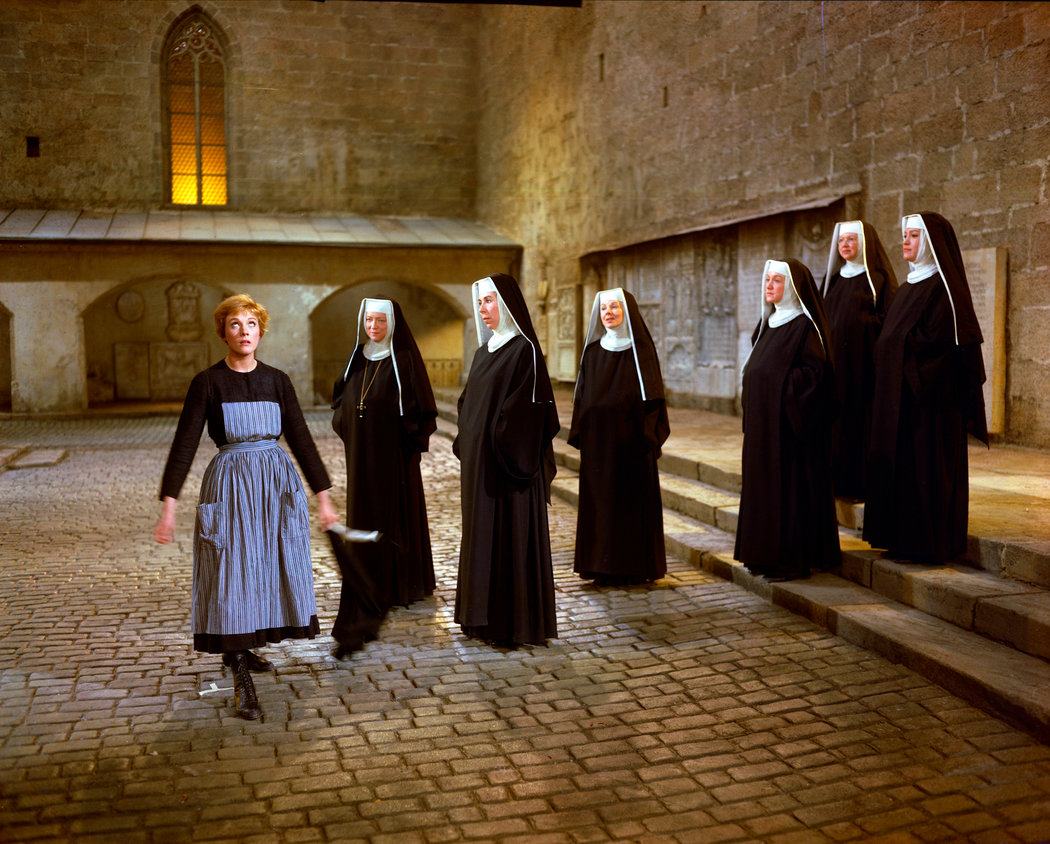 loving her for who she is, and for the unique gifts, talents, experiences, and perspective only she can offer. That’s how God wants all of us to deal with “problem people.” And face it, we can all be a little problematic at times.

There’s an additional method for dealing with “problem people” like Maria: we can pray for them — which is precisely what the Mother Superior did. She asked her Lord for the grace and wisdom needed to deal with this unusual novice, who floundered about the abbey like a fish out of water. “If you need wisdom, ask our generous God, and He will give it to you.” (James 1:5 NLT)

The next line of the song addresses another issue: “How do hold a moonbeam in your hand?” Best answer: YOU CAN’T! Moonbeams are rays of light, ethereal and fleeting. But the moon doesn’t actually generate these rays. All the light in our solar system originates from the Sun. The moon simply reflects some of this light to us.

Perhaps you’re a step ahead of us, and you’ve already realized that this is a pretty good analogy of life: God is the source of all light (love,

inspiration, and creativity); and people who are loving, inspiring, and creative are simply reflecting some of God’s abundant goodness. You can’t grasp (or capture) this reflected “light” the same way one might catch a butterfly; you can, however, try to crush the one who’s reflecting the light.

We should never try to stifle or suffocate a “moonbeam” — a dreamer, a creative person, anyone who shines a little brighter, or who “glows” in a somewhat irritating manner while others are in “constant siesta-mode.” To do so is an affront to the Creator of the Universe, who put these “moonbeams” in the world to make a difference. But you’d be surprised how often people throughout history have tried to snuff the light, by doing their best to stifle the genius and creativity that ultimately produced the world’s greatest inventions, innovations, art, literature, medical research, and spiritual awakenings.

Dream-killers, unfortunately, outnumber the dreamers. Most creators know this, and writers can definitely relate. One need only refer to Rotten Reviews & Rejections, an eye-opening compilation of caustic comments directed at now-famous writers and their works. (Edited by Bill Henderson and André Bernard; New York: Pushcart Press, 1998) The book cites, for instance, that the novelist Agatha Christie’s masterful first mystery was rejected — in essence, for no good reason: “It is very interesting and has several good points, but it is not quite suitable for our list.”

One might ask, Then what IS suitable? Aren’t publishers in business to make money by offering well-written books that are crowd-pleasers? Dame Agatha Christie’s rejected novel was The Mysterious Affair at Styles, which introduced to the world the dapper detective Hercule Poirot.

Isolated incident? Pierre Boulle once received a rejection slip describing his latest manuscript as “a very bad book.” Undeterred Boulle finally found a publisher for his fact-based WWII novel The Bridge on the River Kwai — which was eventually adapted into the Academy Award-winning movie. (A decade later, Boulle wrote The Planet of the Apes. Glad he kept on dreaming.)

Other attempts at dream-killing include the initial, and sometimes repeated, rejections of such masterpieces as Moby Dick, The Wind in the Willows, and The Diary of Anne Frank.

No, you can’t hold a moonbeam in your hand — but some people will do their best to keep others from seeing its glow. In fact, we once read of a successful writer who published several bestsellers. But he soon learned, when he went home to visit his relatives, that his own family actually resented his achievements. They refused to rejoice with him or even acknowledge his dream-come-to. How sad! And yet the world is filled with people who would rather be drawn and quartered than pay someone a compliment. These grinches are constantly swatting at moonbeams.

Jesus Himself experienced a similar reluctance on the part of those closest to Him: “A prophet is honored everywhere except in his own hometown and among his relatives and his own family.” (Mark 6:4 NLT)

In The Sound of Music, the Mother Superior who patiently loved and prayed for Maria, was also a Barnabas to this dreamer. She didn’t fully understand the novice, but she did realize that Maria was a “moonbeam” that couldn’t, and shouldn’t, be contained. In other words, this wise and loving spiritual leader did not try to hold the moonbeam in her hand, to squeeze it and try to mold it into something God never designed or intended it to be. Which illustrates another lesson for us all:

But that’s only half of what it takes to deal with a “moonbeam.” In her Godly wisdom, the Mother Superior also realized that perhaps Maria wasn’t the right fit for service as a nun; that this novice might be destined to serve God in other ways, and in other areas; that her gifts and talents might be more suited to life outside the convent, and that her destiny might lay elsewhere. So this spiritual leader took positive steps to help Maria find her place in the world, a place where her gifts and talents would best benefit others. Let’s work together to keep the “moonbeams” dancing in the sky — where they belong — because they help to brighten our world. And while we’re at it, fellow dreamers and creators, let’s keep on shining, even if others want to keep us in the shadows. Jesus said, “Would anyone light a lamp and then put it under a basket or under a bed? Of course not! A lamp is placed on a stand, where its light will shine.” (Mark 4:21 NLT)

By the way, if you’re still searching for your “One Thing” … or if you find yourself at a crossroads, needing to make difficult and perhaps painful decisions; if you’re life has been turned upside down due to tragic circumstances, and you feel like your dream is dead and your “life is over” — take heart. Next session we’ll discuss how the Mother Superior helped Maria find her way.