We recently discussed those gastronomic “guilty pleasures” we all indulge in — junk food — and how a diet consisting mainly of these sugary, starchy and fatty treats is bad for our health. Similarly, there are “junk food” activities people tend to overindulge in: television, movies, sports, video games, graphic novels, magazines, the internet, etc.; a 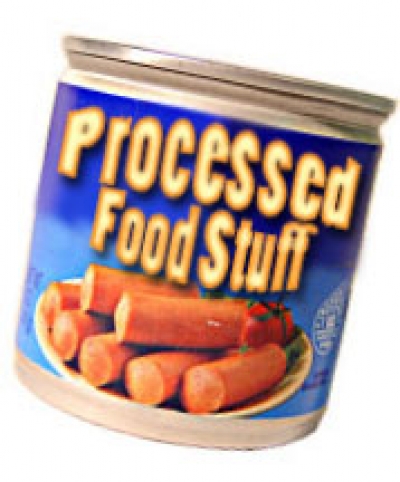 nd a lifestyle consisting mainly of such activities is bad for our spiritual health. We stressed the need to get some fresh air and sunshine, and in particular, to “consume” some of God’s Word each day, the “Bread of Life”!

In the kitchen: most people believe enjoying a “healthy” diet is as simple as opening a can of soup. A bowl of soup is better than a bowl of ice cream, but is it — as an example of good nutrition — our best option? Hardly. Most canned soups and vegetables contain lots of additives we don’t need in our systems. Some canned goods contain enormous amounts of sodium, the repeated consumption of which can lead to high blood pressure. Health experts warn us to limit these “processed foods” the same way we should limit junk food.

Now, this is not to say there’s no nutritional value in processed foods. For instance, a glass of supermarket orange juice is loaded with Vitamin C. How do we know? It says so, right on the carton: “Fortified with Vitamin C”! Wait a minute. Have you ever wondered why the juice from oranges — one of God’s best sources of Vitamin C — needs to be “fortified” with synthetic Vitamin C (in other words, have more added)? Simple answer, really. When oranges are cut and squeezed, a good deal of the Vitamin C oxidizes — it “dies”! (This natural oxidation is the same reason a sliced apple starts to turn brown after a few minutes.) Supermarket orange juice is also “processed” to lengthen the shelf-life, further destroying the natural Vitamin content. But not to worry, to replace what’s been lost, the factory has added some Vitamin C that was created in a lab. (Sounds like something from a 1950s sci-fi movie!)

Other common additives (a nice euphemism for chemicals) in processed foods include preservatives and dyes, all of which can have an effect on our health. Of course, this is again assuming we eat nothing but processed foods. We don’t personally, but we sometimes do enjoy a serving of canned sweet corn, a bowl of cereal, a glass of bottled cranberry juice … but we’re careful to consume plently of fresh fruit and veggies, too. Balance is key!

Spiritual application: We’re blessed to have access to a wide variety of spiritually uplifting materials. Christian TV, radio, devotionals, and praise music. All of these resources draw (we hope) inspiration from the Word of God; but these wonderful Christian resources are, by their very nature, “processed” spiritual food. Once-a-week Sunday sermons, praise CDs, and hours spent watching inspirational shows, are all intended to be teaching aids and further sources of encouragement. But they should never replace personal daily Bible reading.

These spiritual supplements contain elements of God’s Word, and the Word of God is never wasted. It always has impact. (Isaiah 55:11) But these are not pure and unadulterated sources of God’s Word. In praise music, the Word has been slightly diluted; in an inspirational message, the speaker tends to toss in a few additives. Yes, please make good use of all these resources. They definitely come in handy in a pinch, and they help round out a “heart-healthy” meal; but do remember to balance out your spiritual diet by daily devouring large portions of the Word of God, the FRESH, 100% PURE, ALL NATURAL, WITH NOTHING ADDED “Bread of Life”!

Nearly two decades later, Warners decided to reboot the franchise, and it’s new director, Christopher Nolan, announced that Welsh actor Christian Bale would be playing Batman. “You can’t be serious!” the fans yelled. “The sicko from American Psycho is going to play our hero?” Hey, come on, that’s why they’re actors. Bale’s portrayal is now considered by most fans to be the definitive Batman, and after three movies it’s tough getting used to another actor in the role. But Ben Affleck, in the fourth incarnation of the character, did a fine job. No, it doesn’t always pay to be a naysayer. 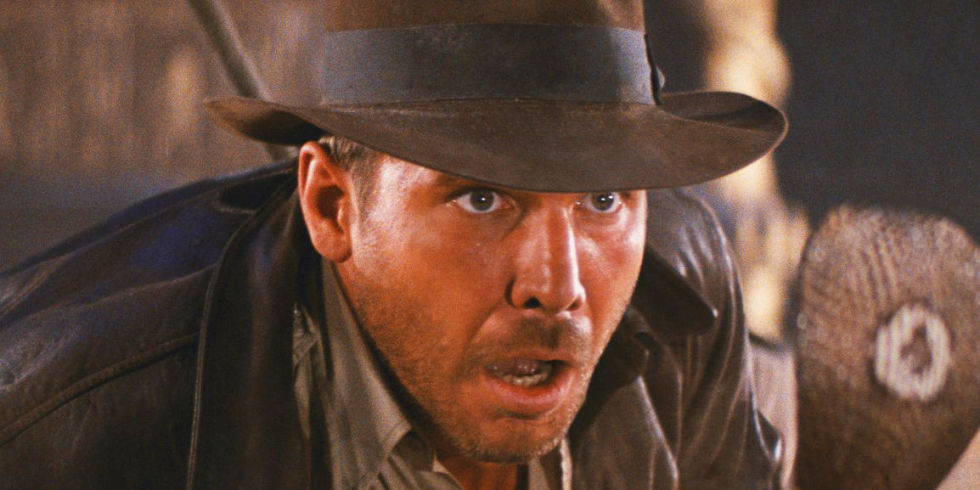 Someone once said, and it may even have been Steven Spielberg, that Harrison Ford is too well known as the space pirate Han Solo from his Star Wars movies; and that he’ll never be able to convince audiences that he’s the adventurous straight-arrow archeologist Indiana Jones. In fact, the part almost went to Tom Selleck, who bowed out at the last minute to continue starring in Magnum P.I. But after Raiders of the Lost Ark and its three sequels (a 4th movie is in the works) … well, Ford obviously proved any naysayers wrong.