Last session we discussed “emotional investments”: part of the price we creators and dreamers must be willing to pay if we’re to achieve our goals and fulfill God’s plan for each of our lives. One such investment is learning to deal with a general lack of encouragement and support. People may fail to see your potential or the value of your dreams. They may even react negatively, due to envy, competitiveness, or a misunderstanding of your motives. 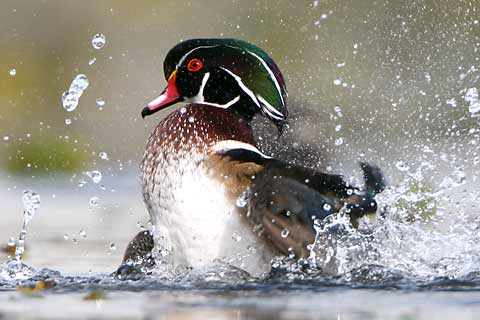 The best way to deal with these often painful disappointments is to:

What does victory look like? It’s keeping your peace and proceeding with your plans; and learning to celebrate others even if they routinely fail to celebrate you. After all, we’re here to please God, and nothing makes Him happier than when we behave like His Son. “Love your enemies [as well as your obstinate friends 😉], do good to them … without expecting to get anything back. Then your reward will be great, and you will be children of the Most High….” (Luke 6:35 NIV)

There’s another aspect of these emotional investments, a rather frightening one many of us may face: having to STAND ALONE.

Jesus reassures us, “I am with you always, even to the end of the age.” (Matthew 28:20 NLT) So we’re never alone in the spiritual sense. However, in the physical world, situations may arise in which the dreamer finds him- or herself abandoned by friends and family; isolated from any support groups; working alone to fulfill a vision. If you find yourself in one of these frustrating situations, take heart. Again, you’re in good company. (In a manner of speaking.)

The Biblical King David, who is described as “a man after God’s own heart” (Acts 13:22), was a fellow dreamer and creator who knew how to stand alone. He was alone when he faced Israel’s great adversary, Goliath. He was alone when he made the hard decisions that affected God’s people; and alone when he suffered temporary defeats and setbacks. And yet, even when isolated, abandoned, and opposed in the face of overwhelming adversity, David knew how to:

David had spent most of his formative years alone. As a youth he’d endured countless lonely nights as a shepherd, with no company except a few sheep. Remember the movie Babe? The hero of this fantasy flick is an intelligent pig who doesn’t want to be treated like a pig. He has, in essence, one of the biggest, most impossible dreams ever. But he ultimately finds himself alone in the barnyard with a bunch of “stupid sheep.”

Sheep have rather limited vocabularies. So when Babe tries to communicate with his woolly friends, all they have to say is Baaahhh! Not too encouraging. Which is why David turned to God during his years of isolation. The great Psalmist later wrote, “Whom do I have in heaven but you? I desire no one but you on earth. …My heart may grow weak, but God always protects my heart and gives me stability.” (Psalm 73:25-26 NET) During this time, David found comfort and companionship in God. He also gained tremendous insights into the nature of his Lord, which he shared with the world in the many Psalms he penned. And who can forget David’s oft-quoted observation, from his most famous Psalm? “The LORD is my shepherd; I shall not want.” (Psalm 23:1 KJV) Isolated? Perhaps, but never abandoned, never lacking.

David developed some impressive spiritual muscles while guarding his sheep on the backside of the wilderness, muscles which would later serve him well, in dealing with disappointment, overcoming adversity, and standing alone. He received his greatest affirmation from his Lord, and no matter what he faced — whether it was opposition in the form of people or giants, or heartache from loneliness or a lack of support — he learned to:

One of the psalmists writes, “God is our shelter and our strength. When troubles seem near, God is nearer, and He’s ready to help. So why run and hide? No fear, no pacing, no biting fingernails. When the earth spins out of control, we are sure and fearless….” (Psalm 46:1-2 VOICE)

Are you going through a difficult season? Remember the example of David, the poet-warrior-king who, with the help of God, overcame incredible odds and defeated fierce opponents. But first he learned to stand alone — WITH GOD! (We’ll catch up with this remarkable creator and dreamer later on, because he’s got more wisdom to impart to us.)

Standing alone isn’t always about being abandoned, or isolated, or singled out; but it is always about getting our encouragement, support, and affirmation from the Lord.

God created us. He knows us, understands us. He also gave us the vision, the dream, the ideas. And finally, God gave us the gifts and talents needed to execute the plan. Trust us, He gets it. He can relate to whatever we’re going through — and He’s for us and with us. Even when we’re “standing alone,” we don’t have to feel lonely.

Feeling a little left out, forgotten by God and the people closest to you — as though you’re stuck on the backside of the desert? You are NOT alone. Friends, family, or coworkers may abandon you, but God will never leave

you. Whatever you’re going through, GOD GETS IT. Run to His loving arms. “God is your refuge, and His everlasting arms are under you.” (Deuteronomy 33:27 NLT)

Like David, we dreamers and creators must learn to stand alone (with God) for those times when we’ll need to. We can’t afford to waste our emotional capital by being overly concerned with people’s opinions of us or our dreams. We can’t afford to focus on who is and who’s not on our side. God is on our side — and that’s what matters most!

We have His stamp of approval. He loves us more than we could ever comprehend, and He’s in our cheering section for every step of the way. “What then shall we say to all these things? If God is for us, who can be [successful] against us?” (Romans 8:31 AMP)

Need some encouragement? At the end of each day, picture your Heavenly Father: He’s smiling; He’s celebrating both you and your accomplishments; He’s saying, “Well done, good and faithful servant [creator, or dreamer].” (Matthew 25:21 AMP)